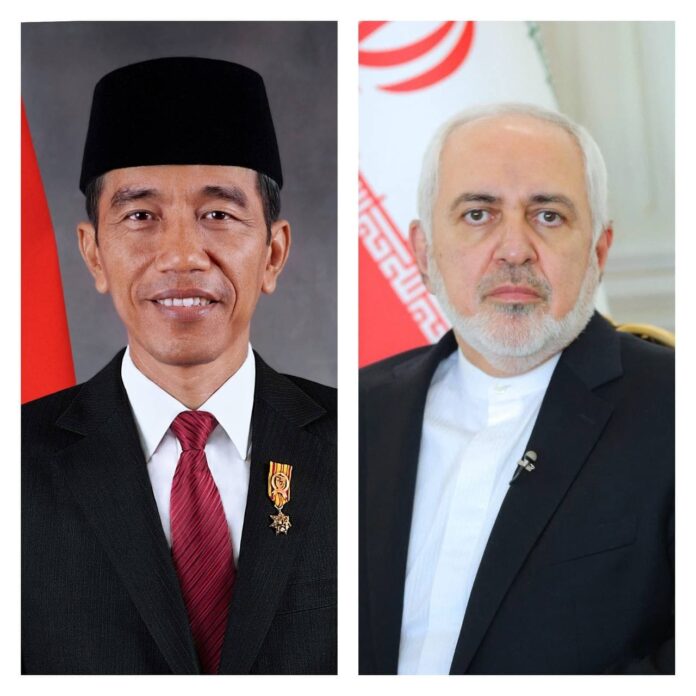 He also expressed gratitude to Indonesia for the stances it adopted at the UN Security Council in order to preserve the 2015 nuclear deal, officially known as the Joint Comprehensive Plan of Action (JCPOA), and implement UN Security Council Resolution 2231.

The top Iranian diplomat touched upon his negotiations with his Indonesian counterpart, and expressed content with a growth in Iran-Indonesia trade as well as a mutual agreement to tap into the potential of the two countries’ joint economic commission and to further boost bilateral economic relations.

The Indonesian president, in turn, stressed the importance of Tehran-Jakarta relations, saying he was pleased to see the two countries’ presidents have maintained their contacts despite the coronavirus pandemic.

He said the two countries enjoy great potential to enhance mutual economic ties, and said the two sides should move forward with their consultations to further utilise this potential and boost mutual trade.