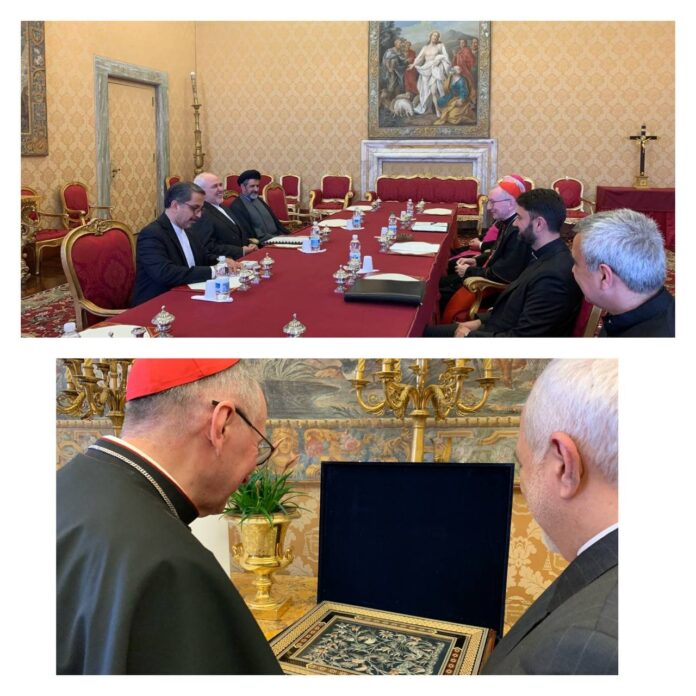 Iranian Foreign Minister Mohammad Javad Zarif had a meeting with the Vatican’s Prime Minister Cardinal Pietro Parolin and Secretary for Relations with States Archbishop Paul Gallagher in the Vatican City.

During the Monday meeting, the latest developments in Iran’s bilateral relations with the Vatican as well as the situation of the region were discussed.

Foreign Minister Zarif briefed the Vatican’s Prime Minister and Secretary for Relations with States on Iran’s view of the developments pertaining to the JCPOA, the Persian Gulf region, Palestine, the West Asia, and Afghanistan.

The Vatican’s prime minister, in turn, expressed hope for further consultations with the Islamic Republic of Iran on issues of mutual interest in different fields.