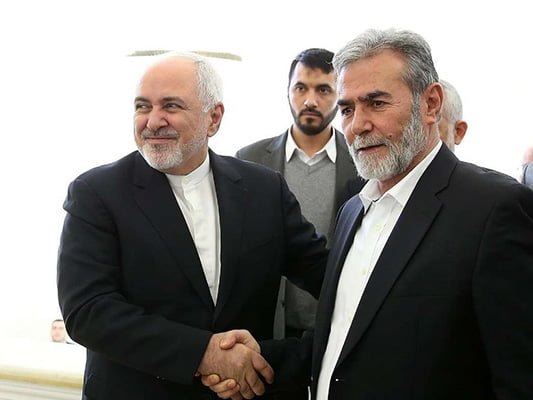 In this meeting, Nakhalah described the Islamic Republic of Iran a true supporter of the Palestinian cause.

Nakhalah said the Palestinian resistance has achieved high capacity and capability against the aggressors compared to the past, adding, “The result of these capabilities were evident in the Great Marches of Return and the failure of the recent attack of the Zionist regime, which led to the announcement of early elections in the occupied territories.”

The Palestinian official pointed to efforts by some Arab and western countries to break resistance of the Palestinian people, saying the nation has become more determined to keep up walking their path until total victory.

Zarif noted that supporting Palestine is a basic principle of Iran’s foreign policy, stressing that “the Islamic Republic of Iran will always be beside the Palestinian people and support the Palestinian cause.”

In the meeting, Nakhalah also presented a report on the recent internal elections inside the movement.

Nakhala was elected as the chief of the Palestinian Islamic Jihad movement in September, replacing Ramadhan Shalah.

Shalah, who led the movement from Lebanese capital Beirut since 1995, is reportedly suffering from a serious illness.