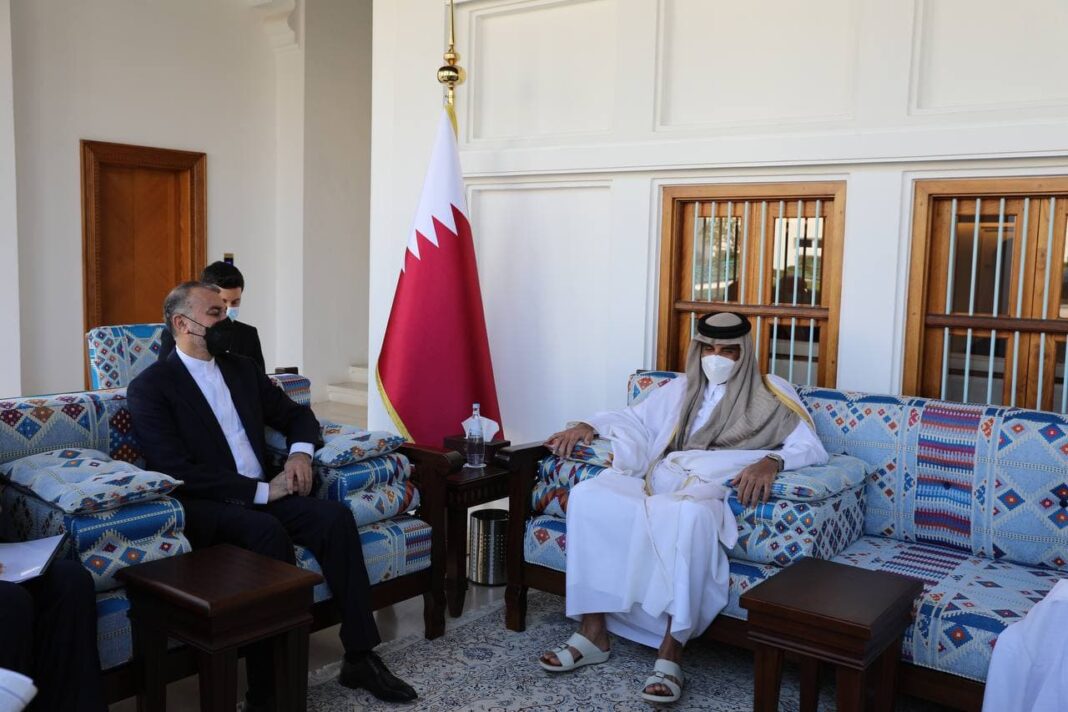 Qatar’s emir Sheikh Tamim bin Hamad Al Thani has stressed the importance of ties between his country and Iran and their cooperation in regional issues.

Sheikh Tamim made the comment on Tuesday in a meeting with visiting Iranian Foreign Minister Hossein Amir Abdollahian.

He underlined that Qatar is interested in expanding relations with Iran.

Amir Abdollahian referred to the existing capacities for expanding economic relations between Iran and Qatar, underlining the need for forging cooperation in economic areas.

Amir Abdollahian also spoke about the Vienna talks over removing the oppressive sanctions against Iran as well as the issues related to Afghanistan and Yemen.

Amir Abdollahian underlined the need to expand cooperation, particularly in trade, economic and investment areas between the two countries.

He stressed the priority of neighbors in Tehran’s foreign policy, saying Tehran welcomes holding regional dialog to establish stability in the region.

Qatar’s foreign minister also outlined the Qatari leadership’s view regarding the boosting and expanding of relations with the Islamic Republic of Iran.

He underlined that Doha is interested in expanding cooperation with Tehran especially in economic activities.

The two top diplomats further discussed, among others, regional and international issues, particularly the developments in Afghanistan and Yemen.