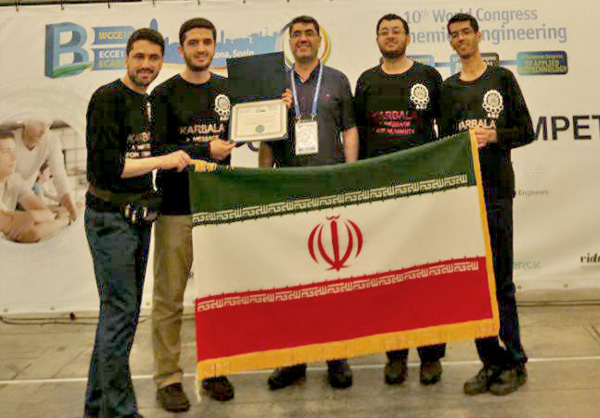 A robotic team from Iran’s Amirkabir University has claimed the title in the world’s most prestigious Chem-E-Car competition, AIChE 2017, held in Spain.

The robotic team of Amirkabir University, which departed for Barcelona on Thursday, September 29, managed to rank first in the designing section of the competition.

The competition brought together delegations from 23 countries including the US, according to a Farsi report by Mehr New Agency.

Chem-E-Car is an annual college competition for students majoring in Chemical Engineering. This year the competition has been held in two sections. The competitors were required to design and manufacture certain vehicles capable of driving through special routes.

Meanwhile, the vehicles have to carry a certain amount of water set by the organizers. The vehicles drive with a chemical but environment-friendly fuel producing no dangerous gas or liquid. On the other hand, the competitors can’t use any commercial battery in their vehicle.

Organized by the America’s Chemical Association, the event kicked off on September 30 and will last for five days.