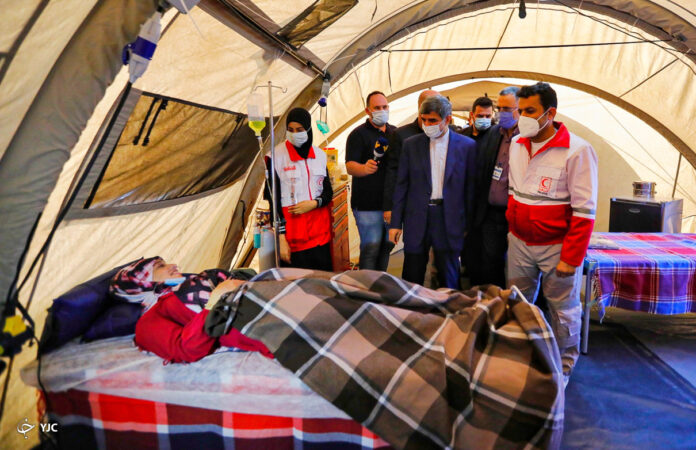 The Iranian Red Crescent Society has set up a makeshift hospital in the Lebanese capital, Beirut, as part of its efforts to help the Arab country after the massive blast that hit Beirut port.

The hospital was inaugurated in a ceremony attended by Iranian Ambassador to Beirut Mohammad-Jalal Firooznia, who also visited the depot of Iran’s humanitarian aid to Lebanon.

“Until now, four planeloads of humanitarian aid for Beirut people sent by the Islamic Republic of Iran have arrived in Lebanon,” said the top diplomat on the sidelines of his visit.
“We are monitoring the situation and, if need be, we are prepared to send in more shipments,” he said.

He underscored that Iran stands ready to help Lebanon and will heavily contribute to reconstruction work following the disastrous explosion in Beirut.

The ambassador underscored that the Red Crescent of the Islamic Republic of Iran acted well in the wake of the Beirut incident.

“Health and medical equipment as well as medicines along with expert teams were sent to Lebanon in the shortest time possible, which should be appreciated,” he noted.