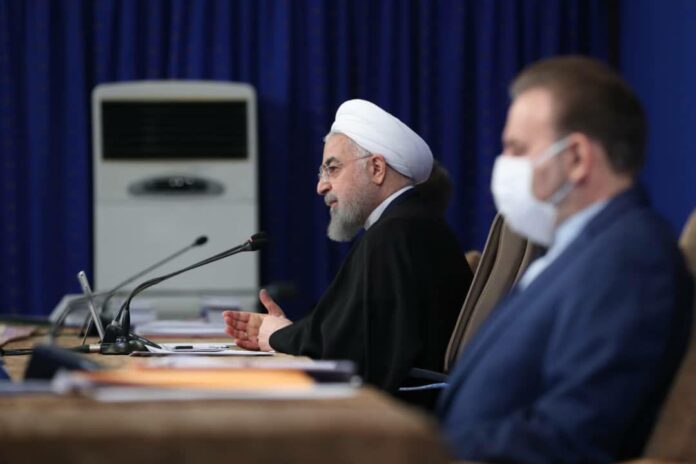 The termination of the UN arms embargo on Iran marks a victory for rationalism and rule of law against force and bullying, Iranian President Hassan Rouhani has said.

Addressing a weekly cabinet session on Wednesday, President Rouhani lauded the country’s major victory after the US government’s attempts and obstructive tactics failed to prevent the termination of the UN arms embargo on Tehran.

“It doesn’t matter how much weapons we purchase or sell with the arms embargo lifted. What is important is that the logic of right and righteousness and the logic of law and rationalism defeated force and bullying, and that the Iranian nation achieved its rights,” the president added.

President Rouhani also highlighted the failure of the US and the Zionist regime to convince the JCPOA parties to withdraw from the nuclear deal, saying the Islamic Republic behaved wisely and adopted a “very complicated and calculated policy” after Washington’s unilateral withdrawal from the nuclear accord.

Today, one can definitely conclude that the US’ actions against the Iranian nation have ended in failure, the president underlined.

“It is by no means important for the Islamic Republic of Iran who wins the US presidential election, because any government taking power in the US would have to surrender to the Iranian nation,” President Rouhani noted.