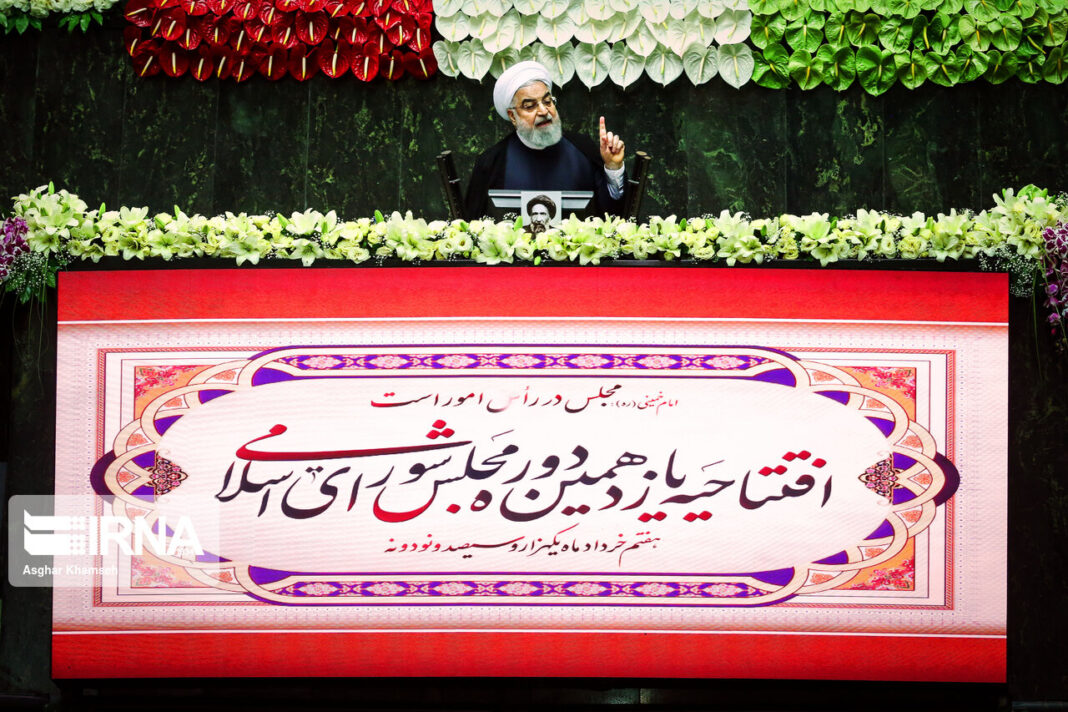 President Hassan Rouhani says Iran’s parliament is a symbol of Islamic and religious democracy in the country.

Addressing the parliament on Wednesday, President Rouhani said the government and Majlis together can counter the US sanctions and fight against coronavirus.

He noted that all must work in line with the national interest and security while the public interest must be the main priority.

The fact that Iran is on the list of successful countries in the fight against the coronavirus is because the foundations of treatment and health in the country has been strengthened by the government and parliament, added the Iranian president.

Rouhani further mentioned that the enemies wanted the Iranian establishment to be disrupted, the economy to collapse, and with all the psychological war and economic pressure wanted to overthrow the Islamic Republic before its 40th year. However, the nation stood against the enemies and they have not achieved their goals so far.

Rouhani referred to some of the achievements of his administration amid the outbreak of the coronavirus and thanked the parliament, the Leader of Islamic Revolution, and the armed forces for their cooperation in this regard.

Next week, lawmakers will choose a parliament speaker for a one-year term.