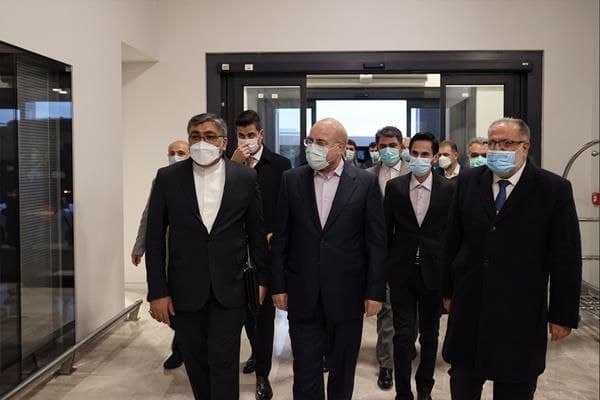 Iran’s Parliament Speaker Mohammad Bagher Ghalibaf is in Istanbul, Turkey, to attend and address the 16th conference of the Islamic Cooperation Organization.

The conference is held at the level of parliament speakers.
During his two-day stay in Istanbul, Ghalibaf will hold one-on-one meetings with his counterparts from other members of the Islamic Cooperation Organization and will also meet with Iranian and Turkish businesspeople. Before flying to Istanbul, Ghalibaf said at Tehran’s Mehrabad Airport that the issue of Palestine, the situation of Afghanistan and other regional issues will be on the agenda of talks at the conference.
He referred to Iran’s policy to prioritize relations with Muslim and regional nations and said this trip will provide an opportunity to promote the objectives of the Islamic Republic in line with that policy.
The Iranian parliament speaker also said during his stay in Istanbul, he will hold talks with Turkish officials on ways to expand bilateral ties.
He added that the Iran-Turkey comprehensive cooperation document is being finalized and that he will take this opportunity to make more coordination with Turkish officials in this regard.
Ghalibaf expressed hope that his visit to Turkey will help expand ties with Muslim and neighboring nations, adding that achieving this goal is highly important now that Iran needs to boost regional and international security more than ever before.
The 16th conference of the Islamic Cooperation Organization will kick off on Thursday.