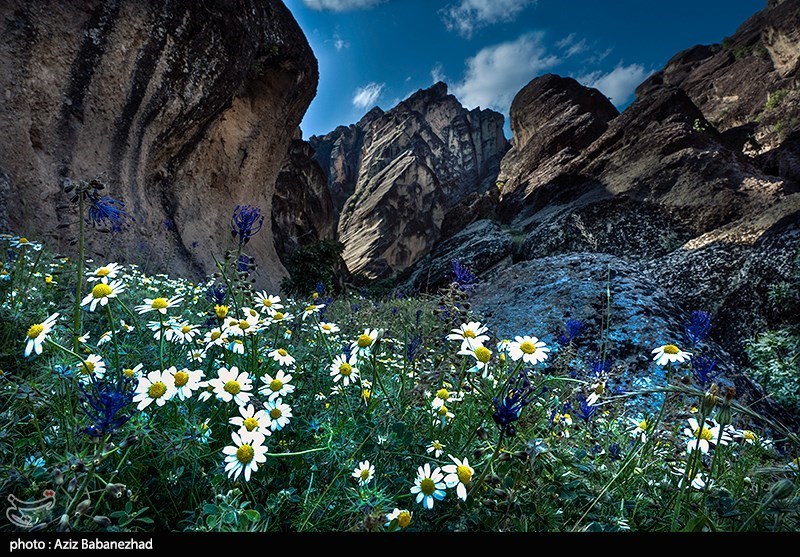 Mehrabkooh is the name of a mountain with interconnected soaring cliffs in Lorestan province, western Iran.

Mehrabkooh is located 54 kilometres from the city of Nourabad, the capital of Delfan county, and has a height of 2,400 metres above the sea.

This masterpiece of the nature’s great painter has remained largely unknown, even to the local people.

Mehrabkooh, which means “mountain of altars” in Persian language, is called so because of its shape: it’s like the constellation of Gemini; composed of two halves: a small altar and a large one.

Both altar-like parts of the mountain are covered with old fruit trees, such as walnut, sumac, hawthorn, plum, grape, fig, apple and wild pear.

Located in the middle of Zagros mountains, Lorestan province has an important mountaineering potential; and attracts many tourists thanks to the pleasant nature and numerous waterfalls of the mountain range.

What follows are Tasnim News Agency’s photos of Mehrabkooh: