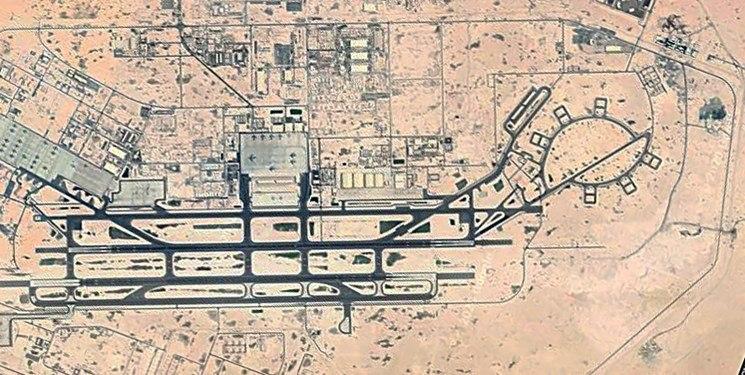 The military satellite Noor, sent into orbit by Iran's Islamic Revolution Guards Corps (IRGC), has taken clear mosaic images of Al-Udeid Air Base, the forward headquarters of the US military’s Central Command in Qatar.

Photos released by IRGC-affiliated news agencies show that the satellite has taken high-resolution mosaic images of Al-Udeid Air Base.

Earlier, the US military had said that ballistic missile fire detected from the IRGC‘s ongoing war games in the Persian Gulf and the Strait of Hormuz has resulted in US troops being put on alert at Al-Udeid Air Base and Al-Dhafra Air Base in Abu Dhabi in the United Arab Emirates.

“The incident lasted for a matter of minutes and an all clear was declared after the threat … had passed,” said Central Command spokeswoman Beth Riordan.

Brigadier General Amir-Ali Hajizadeh, the commander of the IRGC Aerospace Units, had earlier said that the military exercises were being monitored by Noor satellite.

The war games involved a mock US aircraft carrier, which was targeted by IRGC with a missile fired from a helicopter.

Drones separately targeted the bridge of the fake carrier.

Footage from the exercise dubbed The Great Prophet 14 showed speedboats encircling the replica, commandos rappelling onto the deck of the vessel, and scuba forces underwater.

Anti-aircraft batteries were seen firing from a location that the report described as being near the port city of Bandar Abbas.