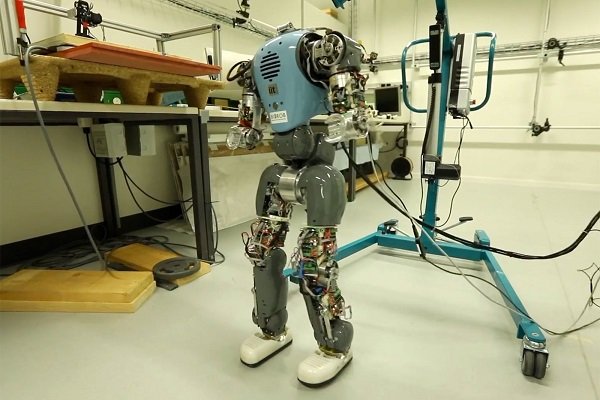 Graduates of Sharif University of Technology have made a robotic mannequin called RoMa that managed to be put among the world’s top eight contributions in the Ninth international Conference on Social Robotics in Japan.

An official from Sharif University says RoMa managed to be among the last eight final designs during the Conference that was held in the city of Tsukuba last week with the participation of 22 countries.

Acocrding to a Farsi report by ISNA, Ali Meqdari said that RoMa is the first robotic mannequin in Iran, which is designed and built by the professors and students of Sharif University.

“Attractive and different design, kinetic capabilities, movements of the neck, shoulders and elbows in the most similar way to humans, 360-degree body rotation, motion control, programming by Android app, ability to schedule different body movements at specific intervals, AI capabilities, customer identification, interaction with the client, and the ability to broadcast audio messages (welcoming and giving information about the clothes) are among the main features of RoMa,” said Meqdari.