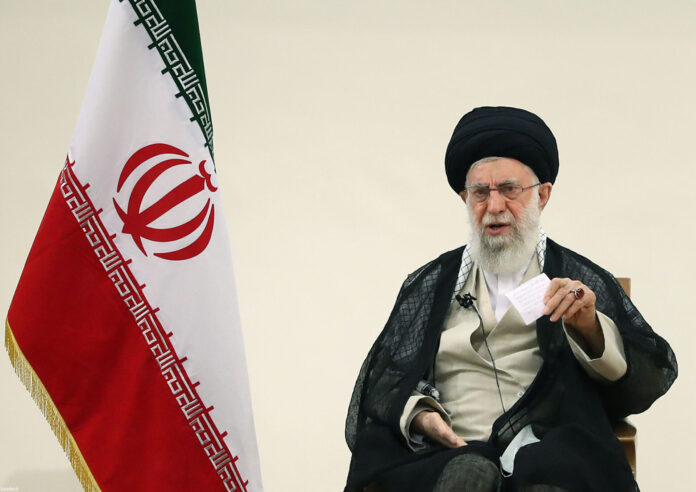 Leader of Iran’s Islamic Revolution Ayatoolah Seyyed Ali Khamenei has called on the country’s officials to do whatever they can to contain the spread of the coronavirus as soon as possible.

In a televised speech on Wednesday, Ayatollah Khamenei said as the President set a one week deadline to deal with the pandemic situation a few days ago, it must be stressed that all the officials must do their utmost very quickly to harness the disease which is going “wild”.

“Hereby I say that by the end of this one week deadline, all the officials must take a critical decision to take action and do whatever is necessary,” stressed the Leader.

He also ordered the armed forces to enter the field and use their total might to help people.

“This disease has gone wild not only in Iran, but almost all over the world. As the disease, the virus, or the enemy takes on a new form, we must change our defense form and our method. In my opinion, the corona disease is the first issue of the country. It is an urgent issue of the country that must be pursued [immediately].”

The Leader of the Islamic Revolution also expressed sorrow over the daily death of over 500 people due to the corona pandemic saying that this is really painful.

“It’s easy in words, but when you look at it, more than five hundred families are missing a member in one day. Is that a small thing? Is this a small matter? Tens of thousands of people get infected in a single day. What hardships do those who get sick go through! For medicine, for treatment, for testing, for various problems. These are really breaking the heart of every Muslim and the heart of every fellow countryman who looks at this situation; so we have some duties,” reiterated Ayatollah Khamenei.

The Leader also referred to the extreme fatigue of the health crew saying that this is a really big concern.

“Facing these problems day and night in this hot summer weather and at these hospitals is really an important issue. They are under physical and mental pressures. The medical teams, doctors, nurses and the like are really doing a Jihad! I do really appreciate their efforts as my appreciation is not that much important because the Almighty God is the one who thanks them while witnessing their efforts,” noted Ayatollah Khamenei.

He also called on the governmental institutions and organizations to provide free of charge corona testing.

“At the beginning of the corona [pandemic], general diagnostic tests became common, and that was a very good thing, it has to be continued. Both the health network and the Basij forces must work in this regard to provide free diagnosis test for everyone. Today, it is not available for everyone. There are problems. It has costs for people. It has heavy costs for some.”

He also said that all people must have access to the diagnosis tests urging the insurance companies to help the government to make this happen.

The Leader of Iran also talked about the shortage or lack of medicine in pharmacies and hospitals while they are available at higher prices in the unofficial market saying that it indicates a problem in the distribution network and this problem must be solved.

Speaking about Muharram mouring ceremonies, Ayatollah Khamenei warned that such ceremonies must not turn into the cause of spread of the virus.

He stated that we need these rituals, but they should be observed with full care in a way that these ceremonies do not become the subject of scorn for the opponents and the enemies.

The leader of the Islamic Revolution also added that there must be a redoubled effort for both import of the vaccine and its domestic production. He said the officials must deliver the vaccine to all people in any way they can, because millions of vaccines must be provided.

Iran is facing the fifth peak of the corona pandemic and over 500 people are losing their lives every day due to the deadly disease. Reports say that most of the hospitals are full and the health personnel are tired while the number of contractions are soaring day by day.