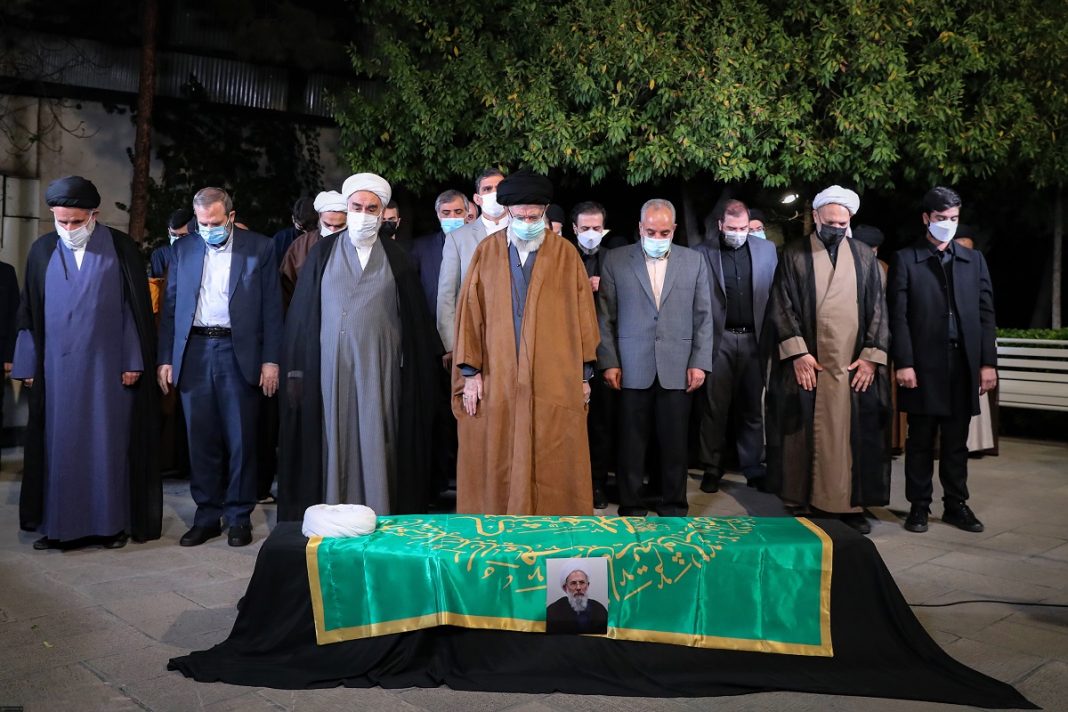 Leader of the Islamic Revolution Ayatollah Seyyed Ali Khamenei has led prayers over the body of senior Iranian cleric Ayatollah Mohammad Mohammadi Reyshahri, who passed away earlier this week.

Following the prayers performed on Wednesday evening, Ayatollah Khamenei delivered a speech at the funeral ceremony in praise of the late cleric’s character and all the valuable services he provided to Iran’s establishment following the 1979 Islamic Revolution.

The Leader described Ayatollah Reyshahri’s passing as a “bitter and sad loss.”

The cleric died at the age of 76 due to an illness on March 22 after being hospitalized for several days.

He served as the chief custodian of the holy shrine of Abdol Azim al-Hasani (AS) in Rey, south of Tehran.

Born in October 1946, the cleric had different post-Revolution posts in the government.
He was a former member of the Assembly of Experts. He was also Iran’s first intelligence minister after the Islamic Revolution and once served as prosecutor general.