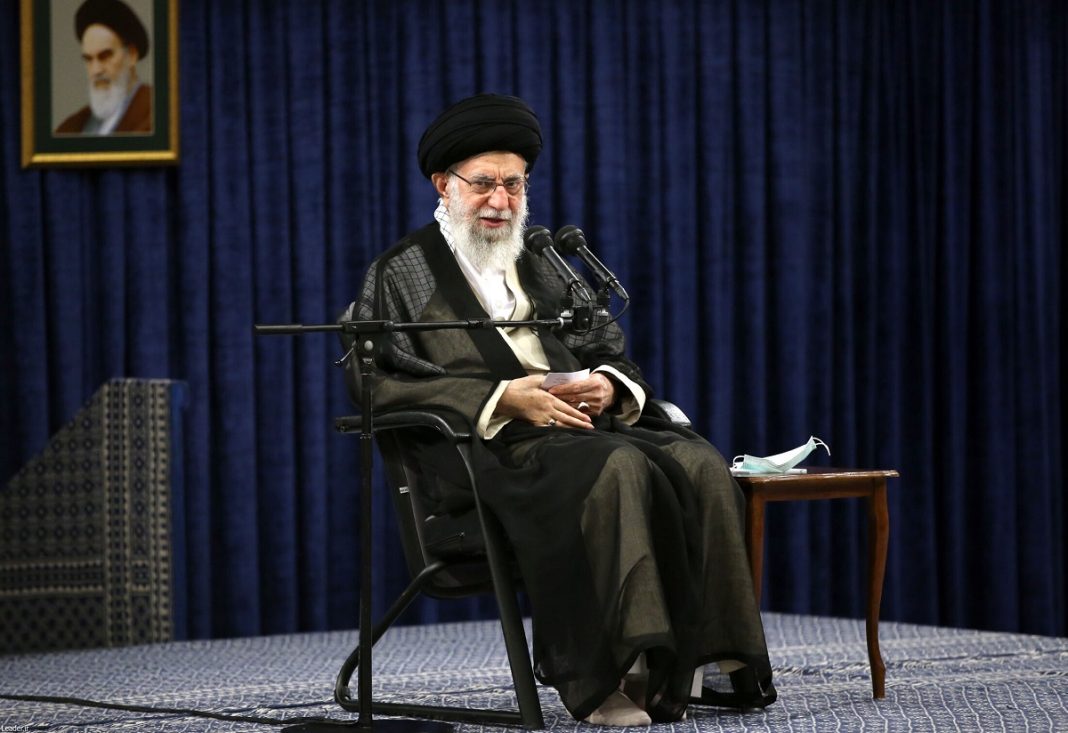 The Leader of Iran’s Islamic Revolution Ayatollah Seyyed Ali Khamenei received a host of officials in charge of the Hajj pilgrimage on Wednesday in Tehran.

Ayatollah Khamenei held the meeting on the threshold of this year’s hajj congregation to delivered his message to the pilgrims and the organizers of the religious ritual.

The Leader said one of the most important issues in Hajj is coexistence, as people from different cultures, places, colors, and languages stay together during the pilgrimage.
He cited a Qur’anic verse, advising the pilgrims against foul language or misbehavior.

The Leader also noted that living a simple life is another important lesson of the Hajj as the garment used for the pilgrimage is a symbol of simplicity.

Ayatollah Khamenei also said Hajj is a manifestation of unity among Muslims and advised the pilgrims not to focus on the differences between the Shias and Sunnis, and instead highlight the common grounds between the two Islamic sects.

The Leader said the main issue that Muslims need to highlight during the ritual is the “plague of Zionism”.

The comments by the Iranian Leader was made as the occupying regime of Israel has normalized ties with a number of Arab states through a US-brokered deal, which sparked fury among Muslims who condemned the agreement as a betrayal against Palestinians.

Ayatollah Khamenei stated that the Arab states will not benefit from the rapprochement as the Zionist regime will only exploit them to further its own agendas.

39,600 Iranians will depart for Medina on June 13 for this year’s Hajj pilgrimage after a two-year hiatus due to the Coronavirus pandemic.