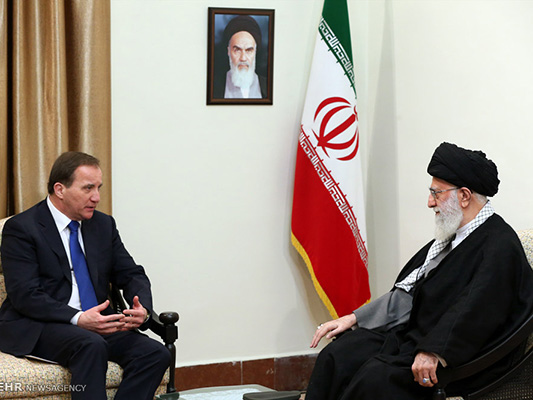 Leader of Iran’s Islamic Revolution Ayatollah Seyyed Ali Khamenei referred to certain big powers’ interference in the Middle East as the root cause of regional problems today, saying the US and some European countries have had a role in causing crises in Syria and Iraq.

Speaking in a meeting with Swedish Prime Minister Stefan Lofven in Tehran on Saturday, Ayatollah Khamenei said the interference of certain big powers is the root cause of the existing issues in the Middle East.

“The US and many European powers have played a role in the creation of bitter events in Syria and Iraq and the regional nations, well aware of such meddling, truly hold a negative view of them,” the Leader noted, Press TV reported.

The Leader referred to the move by the ambassadors of some Western countries to meet Syria’s opposition groups and “generously providing them with weapons” at the beginning of the Arab country’s conflicts as an example of such foreign interference.

Ayatollah Khamenei pointed to improving situation in Iraq and stated that the Syrian issue can also be solved “but it requires an end to support for terrorism and warmongering.” 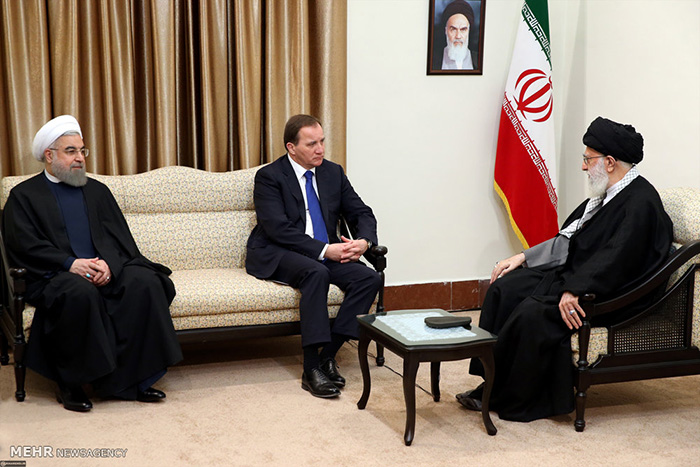 Elsewhere in his remarks, the Leader said Iran and Sweden have great potential to improve cooperation, adding that Tehran welcomes enhanced relations with Stockholm in all fields.

Ayatollah Khamenei stated that the current level of mutual relations is far below the two countries’ capacities and noted that the Iranian nation maintains a positive view of Sweden which would prepare an appropriate ground for the strengthening of cooperation.

The Leader also referred to Iran’s vote for Sweden’s membership in the United Nations Security Council, saying that the Security Council is a major capacity that, unfortunately, has been crippled by some big powers, Tasnim reported.

However, the Leader said, playing a constructive role can help to prevent employment of double standards by the council. 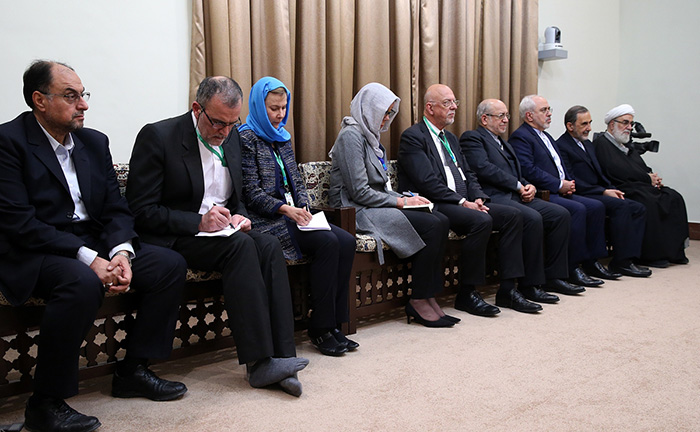 The Swedish Prime Minister, for his part, described his visit to Iran as significant and historic, and said that he has held positive talks with senior Iranian officials in Tehran about economic relations and major developments in the region.

He added that his country would make efforts to implement the agreements signed by the two countries to improve bilateral relations.

Lofven said Sweden accepted to become a member of the UN Security Council with the purpose of carrying out effective measures and for that reason has supported the stances of member states of the Non-Aligned Movement (NAM) in the council.