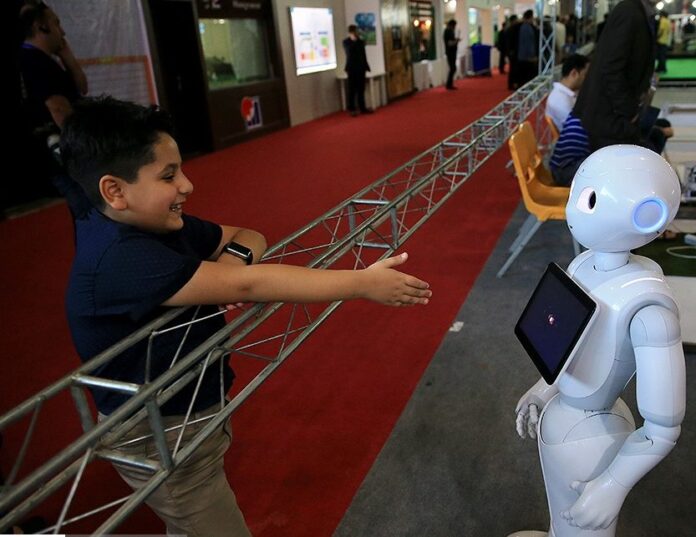 The 2nd edition of an international robotics competition, known as RoboCup Asia-Pacific, was recently held on Kish Island in southern Iran for two days.

The tournament was held in two sections of real-life robots and student robots. 2,200 people from 15 countries participated in this tournament.

Virtual robots also participated in the event this year.

Seyyed Mohammad Mousavian, a member of Ahwaz Student Robotics Team, says “the virtual robot presented at the exhibition is a rescue robot for natural disasters. It can save the people stranded under the rubble.”

A large number of robots participating in this tournament were football players. Javad Rahnamaie from the University of Isfahan says the reason is that the International Federation of Robotics plans to hold a football match between humans and robots in 2050.

“To this end, teams are working hard to upgrade their robot football players,” he added.

Singapore and Germany competed with five Iranian teams in the field of industrial robots in this round.

Firefighter robots, rescue workers, submarines, as well as freight and shipment robots were among the robots presented at Kish Robotics Fair.

What follows are photos of the event retrieved from Tasnim and Fars news agencies: