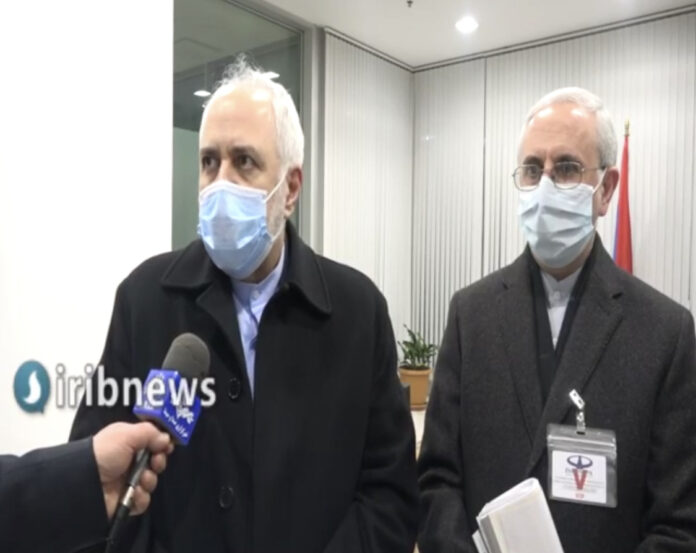 Minister of Foreign Affairs of the Islamic Republic of Iran Mohammad Javad Zarif has arrived in Yerevan for political talks with the Armenian officials.

Foreign Minister Zarif travelled to Armenia on Wednesday in the third leg of a tour of the Caucasus that took him earlier to the Republic of Azerbaijan and Russia.

Speaking to reporters upon arrival in Yerevan, the top Iranian diplomat hailed Armenia as “an old neighbour and friend of the Islamic Republic”.

Foreign Minister Zarif said he has held negotiations about “multilateral cooperation” during his stays in Baku and Moscow, considering the significance of the issue after a January 11 summit among Russian President Vladimir Putin, Prime Minister of Armenia Nikol Pashinyan, and President of Azerbaijan Ilham Aliyev.

“The ground is prepared for cooperation among the regional countries, particularly in the economic sphere. Such cooperation could entail long-term peace and stability,” he added.

On his schedule in Yerevan, Foreign Minister Zarif said he is going to hold talks with Prime Minister Pashinyan and with his Armenian counterpart about “the bilateral relations between Iran and Armenia, and the multilateral cooperation in the region.”