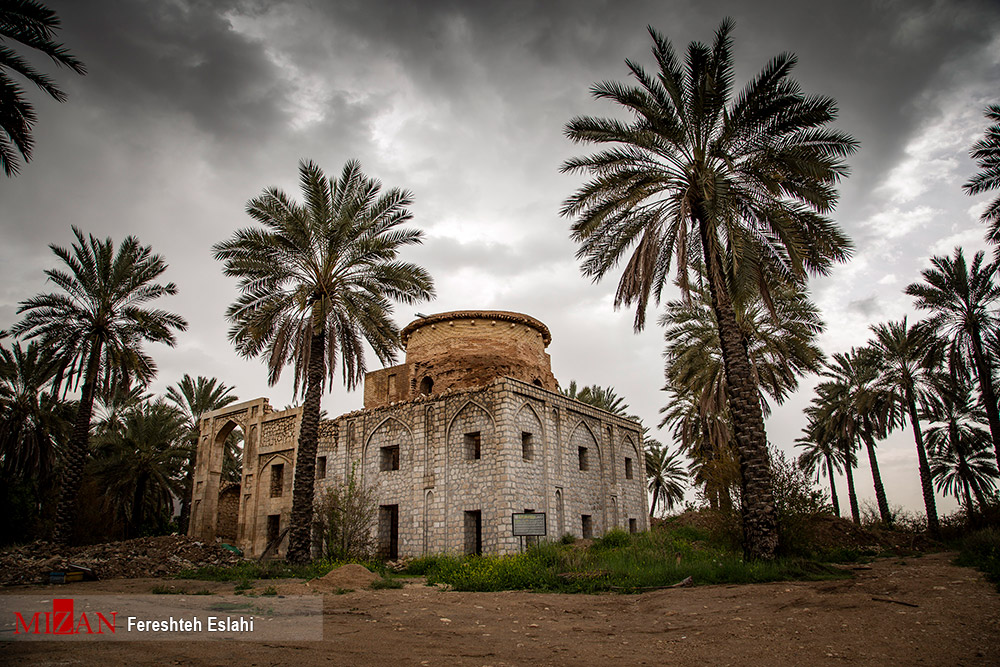 Tomb of Sheikh Khalifeh is a historical building in southern Iran, registered as a national heritage site.

Its building dates back to the 14th and 15th centuries AD. There are six tombstones placed in parallel inside it.

The architecture of this high brick construction has a style similar to the Sarvestan Palace and the Tomb of Sheikh Yousef, two other historical buildings in southern Iran.

Like many other historical buildings in Iran, the restoration of Tomb of Sheikh Khalifeh has been delayed for many years, to the point that it seems like an abandoned ruin now.

What follows are Mizan News Agency’s photos of the tomb: