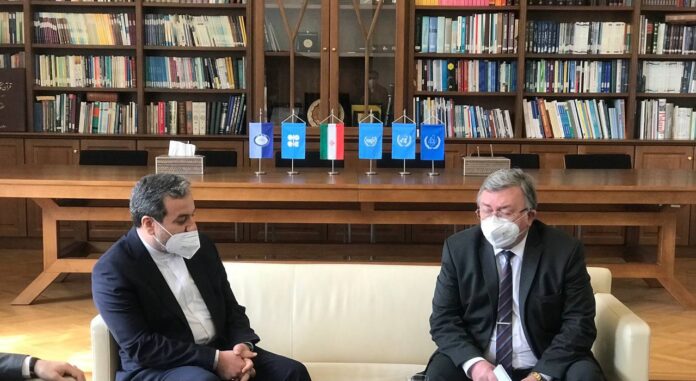 Iranian Deputy Foreign Minister for Political Affairs Seyyed Abbas Araqchi, who is also the head of the Iranian delegation to nuclear talks in Vienna, held separate meetings with his Russian and Chinese counterparts in the Austrian capital.

On Tuesday evening, the head of the Chinese delegation visited the residence of Araqchi to discuss with him the latest status of talks and consultations regarding the JCPOA and nuclear issues.

The Iranian delegation is holding talks with other delegations ahead of a plenary meeting of the JCPOA Joint Commission, which was originally scheduled for Wednesday, but was postponed to Thursday after a member of the European delegation contracted the coronavirus.

The talks are aimed at reaching a deal on the removal of US sanctions in exchange for Iran’s return to its nuclear commitments under the 2015 nuclear deal.