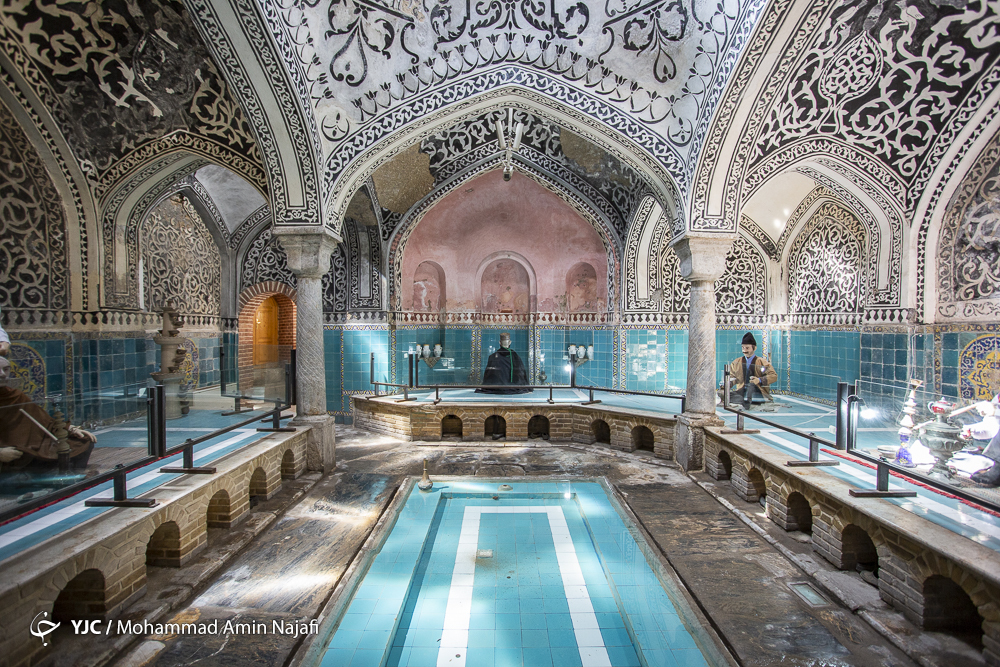 Haj-Aqa-Torab Bath, also known as the Twin Bath, is a great portrayal of traditional Iranian-Islamic art.

Located in Haj-Aqa-Torab alley in Aliabad neighbourhood of Nahavand in western Iran, the monument was constructed on 1851 during the reign of Naser al-Din Shah Qajar by Haj Mirza Mohammad Naqi, a well-respected authority of the city.

It was, however, named after Haj Mirza’s son, Haj-Aqa Torab, also a prominent figure of the Qajar area.

Registered in the list of Iranian national heritage on December 1976, the bath includes two separated sections for men and women, and two large and small hot and cold rooms.

The building has impressive decorations such as tiles with pictures of ancient Persian tales and Shahnameh (Book of Kings), decorative stones of white marble, and white lime with beautiful paintings and poems.

Nahavand is an important historical city in the south of Hamadan province. Various theories are developed about the historical background of this ancient region.