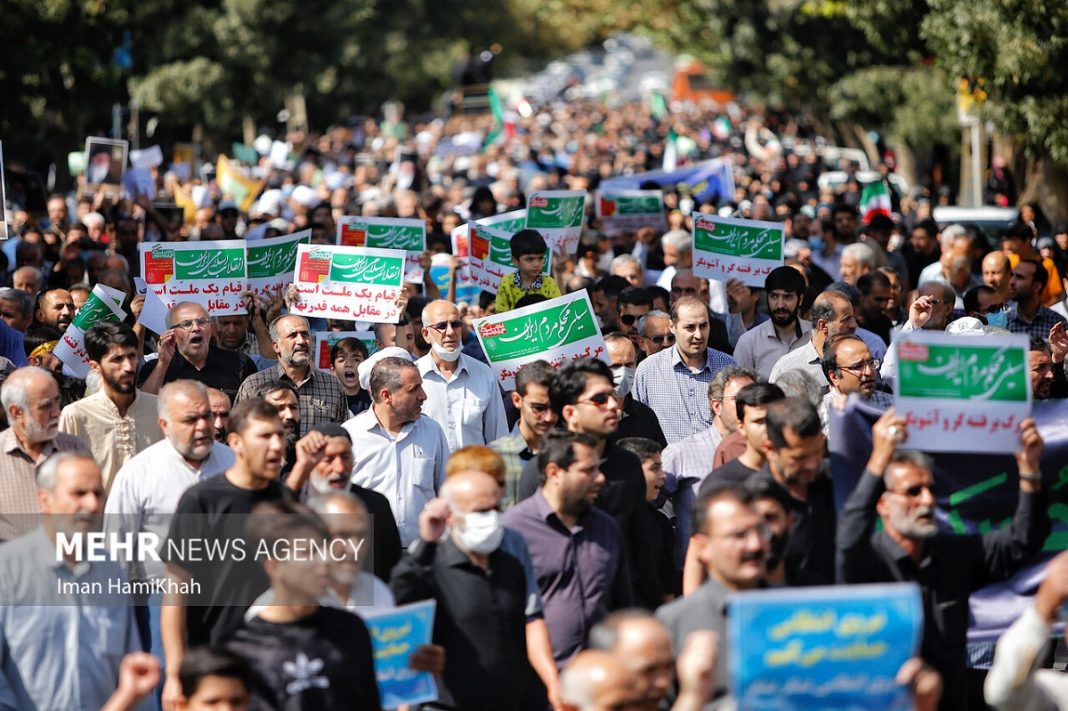 Iranians hold demonstrations across the country to condemn the recent deadly riots that have hit several cities, with elements behind the violence launching attacks on security forces, public property, and sanctities.

People took the streets after Friday Prayers in over 900 Iranian cities and towns to show their unity and outrage over the recent acts of sabotage perpetrated by rioters, which they blamed on foreign parties hostile to the Islamic Republic.

In a communiqué issued at the rallies, the participants said the mayhem and desecration of religious and national sanctities, which all took place upon an order issued by think tanks belonging to the global hegemony, once again exposed the true face of the sworn enemies of the Islamic Republic.

They strongly condemned the crimes and evil acts committed by a handful of mercenaries serving foreign enemies, who set fire to the Holy Qur’an, mosques and the national flags and forcefully removed women’s headscarves on the streets, among other things.

Such acts, they said, are indicative of a sinister conspiracy hatched by all those who have suffered scars at the hands of the Islamic establishment and are meant to hinder the Iranian nation’s progress.

The demonstrators voiced firm support for the Police Force, whose staff members have fallen victim to brutal attacks by rioters while defending their compatriots.

They called on the Judiciary to identify those behind all the violence and bloodshed and bring them to justice.

They asked everyone, especially the youth, to remain vigilant in the face of enemy plots.

Exploiting protests in different cities over the death of a woman in the custody of morality police, Mahsa Amini, rioters have in recent days entered the scene and launched attacks on security forces and public property.
Footage has gone viral showing rioters setting fire to security personnel, the Holy Qur’an, mosques, and the national flag, hurting public feelings.
There have been no official reports on the number of casualties and fatalities, but media reports have put the number at 17, including security forces.
Iranian officials say foreign hands are once again involved in the unrest.
The cause of Amini’s death is still under investigation. Many, however, blame that on morality police, an accusation roundly dismissed by the force.