Iranians Make Donations in Golrizan out of Altruism 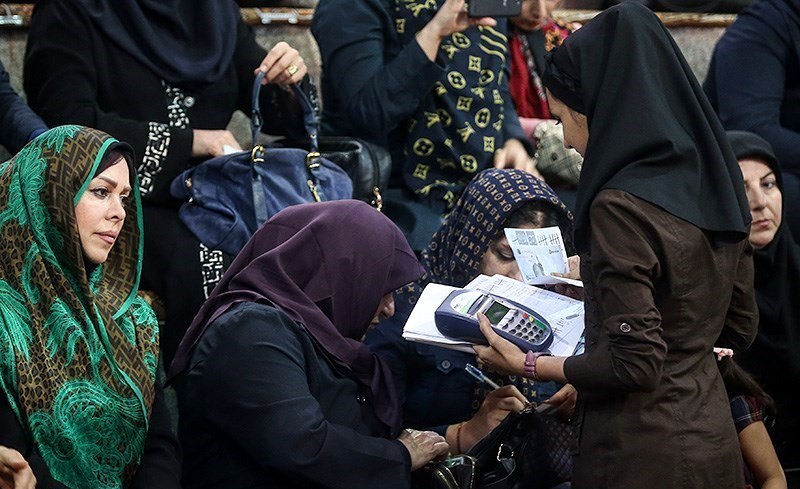 Iran is a land of philanthropy and benevolence; however, sporadic crimes are seen here and there, from time to time. Iranians hold Golrizan ceremonies to raise donations for inmates of unintentional crimes.

Iran’s incarceration rate comprises a considerable amount of offenders who have committed crimes without intent.

Besides many other charitable ceremonies and gatherings, Iranians annually hold Golrizan ceremony in the Muslim holy month of Ramadan. It is a ceremony to raise funds for prisoners convicted of involuntary crimes.

“This year, 264 Golrizan ceremonies were held in the country,”Iran’s Prisoners Relief Organization reported.

Iran’s Prisoners Relief Organization was established in 1990 in a bid to raise funds for the release of inmates convicted of unintentional crimes. Since then, it has helped release 45,000 prisoners of Diyya [Blood money] and 51,000 prisoners with financial debts.

From the highest-ranking authorities to the most ordinary people contribute to Golrizan ceremonies across the country.

According to a report by Tasnim, Iran’s Leader, Ayatollah Seyyed Ali Khamenei, donated 3000,000,000rials and Iranian President, Hassan Rouhani, gave 2,500,000,000rials to the release of needy prisoners in 2016. Iranian Judiciary Chief Sadeq Amoli Larijani and Iran’s head of Legislative Branch, Ali Larijani, each made donations amounted to 500,000,000rials to Golrizan.

Mehr reported that in 2016, the Iranian city of Bijar, in Kordestan province, announced it has raised as much funds as 350mrials [over $10,000] in Golrizan charity appeal event for the release of 16 needy inmates of Bijar with unintentional crimes.

“Donations made by philanthropists in the city of Kermanshah amounted to 1,209,000,000rials[nearly $35,000]to pay Diyya to the victims or heirs of the victimsunintentionally harmed by prisoners. The donation is expected to help 8 inmates of Kermanshah be released,” Iran’s Prisoners Relief Organization reported.

In a charitable, humanitarian move, people of Kerman gathered together in 10 different Golrizan ceremonies in Ramadan to make as much donations as 10,260,000,000 rials [nearly $300,000].

Abbas Keshani, the executive director of Iran’s Prisoners Relief Organization pointed to the substantial number of Iranian prisoners released in 2015, and said, “Last year, 8,565 detainees of inadvertent crimes were released,among which278 were female criminals.”

Several athletes and artists, including ShahabHosseini who recently won an award at Cannes, as well as the Vice-President for Women Affairs,ShahindokhtMowlaverdi, took part in a major charity appeal event in Tehran.

During the event, held on the fourth night of Ramadan, the celebrities raised money for the release of the needy inmates who had committed crimes without intent.

These donations are just a few of many examples. Such traditions are very prevalent among Iranians. The charitable donations for prisoners of unintentional crimes are not limited to the holy month of Ramadan and at different religious occasions, people raise money to help needy inmates.