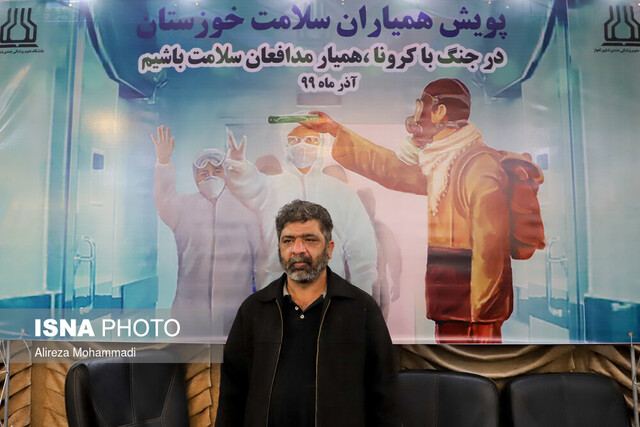 The driver of an Iranian ride hailing application has earned a reputation after refusing to charge a nurse working at a hospital's coronavirus ward.

After driving his passenger to the destination (a hospital in the southern Iranian city of Ahvaz), Behnam Makvandi called the cab hailing service centre and asked them to return the taxi fare to the account of the passenger, who had paid it online.

“The passenger was a nurse working at the coronavirus ward, and I don’t charge nurses who work there,” said the driver.

The recorded conversation between the driver and the operator at the online cab hailing service went viral on social media and drew public attention.

Makvandi has now become a high-profile figure on social media since his recorded voice went viral.

Even the chief of staff of the president hailed Makvandi, too.

In an interview with the Hamshahri newspaper, he said he had tried different jobs before he became a taxi driver.

“I hold a high school diploma and I used to work with heavy vehicles. Due to the conditions and incidents that happened, I wasn’t able to continue that job. Then I established a restaurant, which caught fire. Now, I’m working for an online cab hailing service,” he said.

He says he has not charged nurses working at coronavirus wards in hospitals since the disease broke out.

He said people should thank those nurses, not him.

Makvandi added he would like to work as a “health ambassador” to give people more awareness of the COVID-19 pandemic and urge them to observe health protocols more strictly.