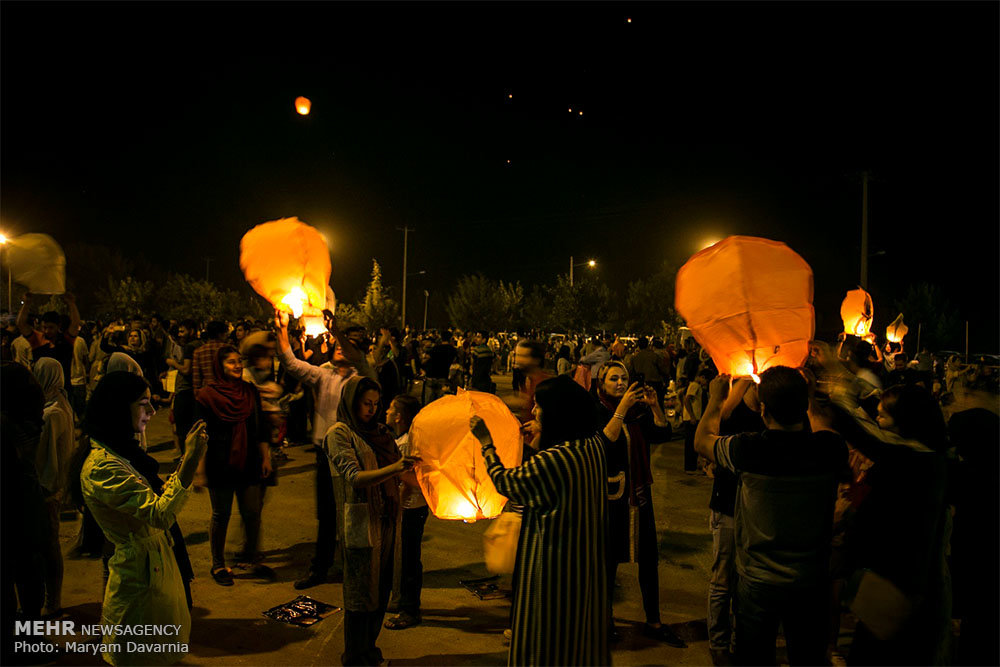 Many people in northeastern Iranian city of Bojnourd attended a balloon festival held in memory of Syrian children stranded in the Shiite-majority towns of al-Foua and Kefraya in Idlib province, which are still under the siege of terrorists.

Citizens of Bojnourd gathered in the Besh Qardash Park on Friday to take part in the balloon festival held to commemorate the poor and innocent children of al-Foua and Kefraya besieged by the Takfiri terrorists.

Terrorists have for several years blocked humanitarian aid deliveries to the towns, where more than 7,000 Syrian civilians are trapped in an area of no more than 10 square kilometres.

The Syrian Ministry of Foreign Affairs says the civilians there, most of them women and children, lack the basic livelihood needs, including food and medicine and clean drinking water, and are in catastrophic situation.