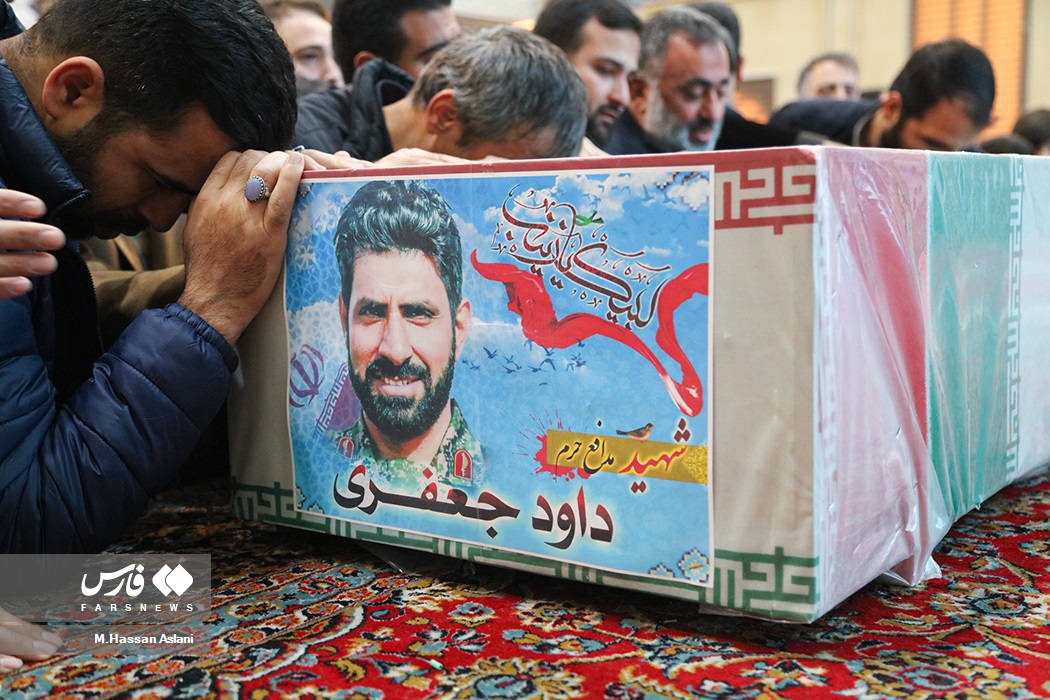 The Iranian people hold a funeral procession for a member of the Islamic Revolution Guards Corps (IRGC), who was recently assassinated in a bomb attack by “Israeli agents during an advisory mission in Syria.”

The mourners, accompanied by top IRGC officials, chanted slogans against the US and Israel during the funeral ceremony held for Colonel Davoud Jafari, a member of the IRGC’s Aerospace Division, in Tehran on Thursday morning.

Jafari lost his life in a roadside bomb explosion near the Syrian capital, Damascus, in the late hours of Tuesday.

The IRGC blamed Israeli agents for the crime and pledged a response.

Jafari served the Iranian advisory mission, which has been helping the national Syrian army in its fight against a myriad of terror groups wreaking havoc on the country.

Iran’s advisory support effectively enabled Syria to liberate almost all parts of its soil from the terror groups, many of which have the support of Israel in their campaign of death and destruction against the government of President Bashr al-Assad.