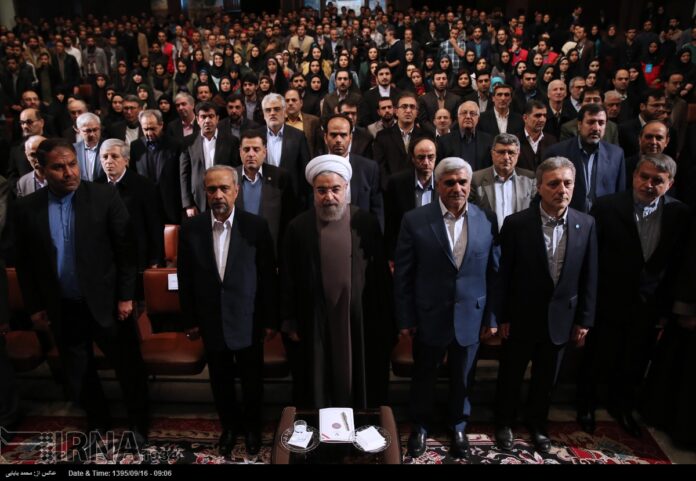 Student Day is the anniversary of the murder of three students of University of Tehran on December 7, 1953 by Iranian police in the Pahlavi era. Students in all Iranian universities mark the day every year.

Ahmad Ghandchi who belonged to Jebhe-e Melli [National Front] and two other students, Shariat-Razavi and Bozorg-Nia who were claimed by Hezb-e Tudeh [Communist Tudeh Party of Iran], were killed when the police forces opened fire on the students of University of Tehran going on strike in protest at the resumption of Iran’s relations with Great Britain and US President Nixon’s visit to Iran, following the coup d’état of 1953.

According to a report by IFP, every year, the day is commemorated by student movements and there are local demonstrations at many universities organised by students.

Leader of the Islamic Revolution Ayatollah Seyyed Ali Khamenei has noted that the Day belongs to anti-US and anti-arrogance students.

The Leader’s sentence is highlighted in the following poster designed by Islamic Revolution Designers House.