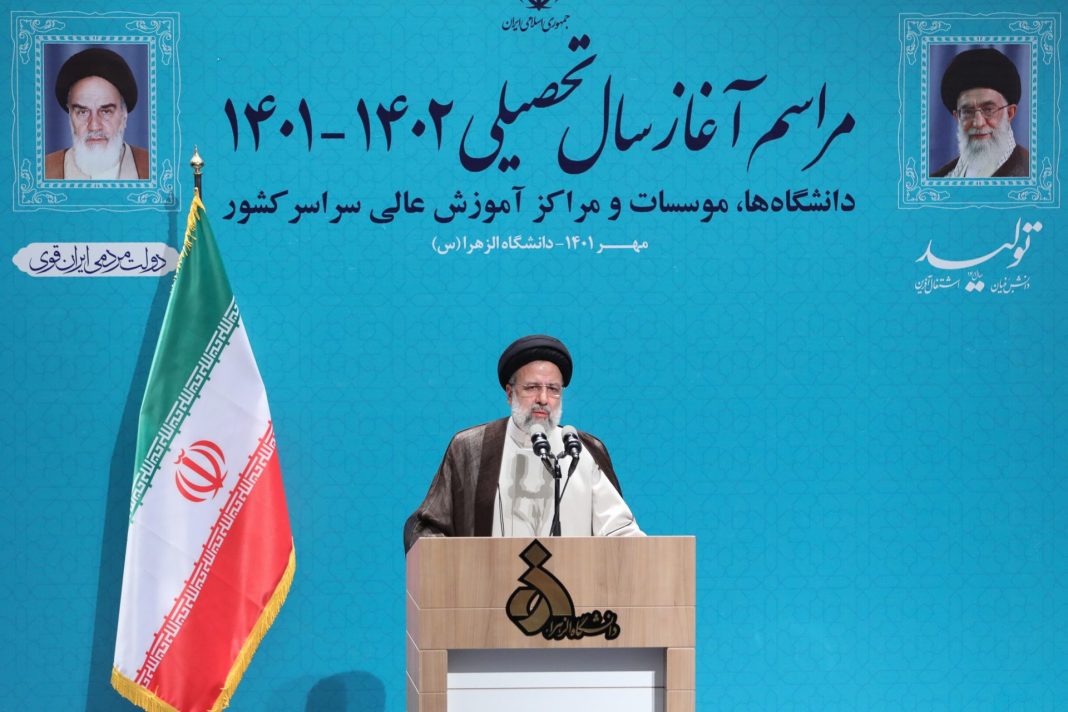 The Academic New Year for universities in Iran has officially kicked off nationwide.

That came in a ceremony at Alzahra University in the capital, Tehran, attended by President Ebrahim Raisi on Saturday.

In a speech, the president touched upon the capabilities of Iranian women and praised their achievements.

“When a learned Iranian woman presents an important article at the international level and secures a standing for herself, the flag of the Islamic Republic of Iran is raised and Iran’s national anthem is played,” said Raisi.

“This will, in fact, bring the nation dignity,” he added.

The president accompanied by the education minister also sat down with officials of the Sharif University of Technologyin Tehran.