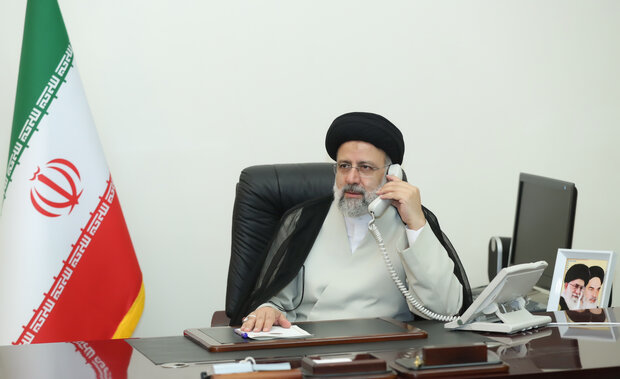 The presidents of Iran and Turkmenistan have underlined the need to strengthen border cooperation and facilitate exchange of goods. Seyyed Ebrahim Raisi and Gurbanguly Berdimuhamedow also stressed the necessity of increasing trade cooperation in order to boost bilateral relations.

Raisi and Berdimuhamedow were speaking on the phone.

The Iranian president thanked his Turkmen counterpart for hosting the Economic Cooperation Organization summit, saying positive steps have been taken over gas cooperation between the two sides and the implementation of the Turkmenistan-Azerbaijan gas swap deal through Iran.

The President emphasized joint work in the field of transportation and transit of goods between the two countries, saying good measures have been taken to strengthen border ties and some obstacles can be overcome.

He described trade and economic cooperation in the relations between the two countries as important and said Iran has a special place in medical development.
Berdimuhamedow also said the gas swap agreement between Azerbaijan and Turkmenistan on Iranian soil is important and called for the establishment of a joint cooperation commission in this field.