Iranian scientists and universities among the world’s top one percent 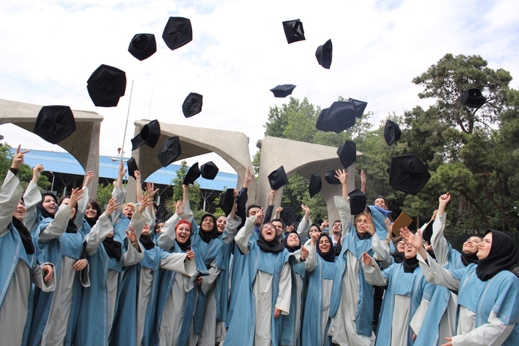 A science ministry official has said that as many as 170 Iranian scientists are among the world’s highly-cited researchers.

Director General of the ministry’s Research Planning and Policy-Making Department Mohsen Sharifi further said that these Iranian scientists and universities are among the world’s top one percent.

Ettela’at newspaper on September 14 published a report on the list of top academic centers in the world issued by Information Sciences Institute (ISI)and where Iran stands on that list. The following is the translation of the report which also includes Sharifi’s remarks in a press conference:

In 2012, the number of Iranian scientists who made it to the list of the top one percent researchers in the world was not substantial, but this year the number stands at 170, he said.

Based on reports released by Scopus [a bibliographic database containing abstracts and citations for academic journal articles], some 40,300 scientific articles and documents from Iran were indexed in the abstract and citation database in 2012, he said, adding that the figure rose to 41,300 two years later.

He went on to say that Iran which ranked 17th in the world in terms of scientific growth in 2012 is now in 16th place, adding that Iran is leading regional countries when it comes to science production thanks to the number of its scientific articles and documents indexed by Scopus. Iran’s share of the world’s science production now stands at 1.7 percent, up from 1.5 percent in 2012.

As for Iran’s share in the world science production indexed by ISI, he said that Iran’s 2012 share of 1.38 percent has risen to 1.6 percent this year, adding that according to ISI citation index, Iran was the 24th country in the world in 2012 and 23rd in 2014.

The science ministry official also said that these numbers show that science production is improving in Iran, adding that according to an ISI report Iran published 0.82 percent of the world’s top articles in 2012; the figure stood at 1.56 percent in 2014.