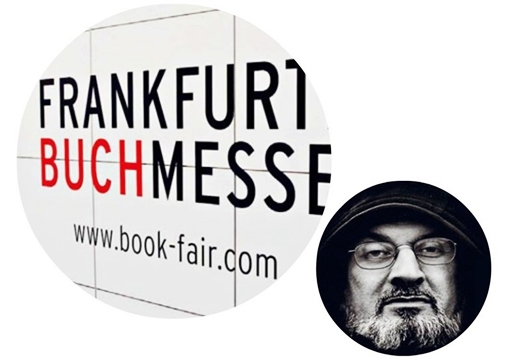 The invitation of Salman Rushdie to the event will result in deep resentment and discord among different nations and cultures, the protest letter read.

Iranian publishers have penned a letter to organizers of the Frankfurt Book Fair, one of the world’s largest book festivals, scheduled to be held next week, and lambasted the invitation of apostate writer Salman Rushdie to make a speech at the event.

In their open letter on Tuesday, the Iranian publishers said that Rushdie’s presence at the Frankfurt fair “will cause extreme distress among Iranian and Muslim publishers around the world”.

“…in his book, Mr. Rushdie scornfully insulted the Prophet of Islam (PBUH), and thus deeply offended more than 1.5 billion Muslims worldwide,” part of the letter read.

They also emphasized that the invitation of the apostate author would result in deep resentment and discord among different nations and cultures.

The publishers further called on the organizers of the festival to reconsider their decision and respect all followers of Abrahamic faiths by withdrawing their invitation.

The British Indian novelist and writer was sentenced to death by Imam Khomeini for insulting Prophet Mohammad (PBUH) in his fourth novel, The Satanic Verses, which was written in 1988 and sparked global protests by Muslims around the world.

Iran’s Deputy Culture Minister Abbas Salehi said Monday that the country is against Rushdie’s presence at the Frankfurt fair.

“When we learned of the presence of Salman Rushdie at the book fair in Frankfurt, we sent a letter of protest and called on other Muslim countries to do the same,” he said.

“In the coming days, we will try to convince the organizers of the fair to change their mind. We will seriously consider not participating (if they stick to their decision),” he added.