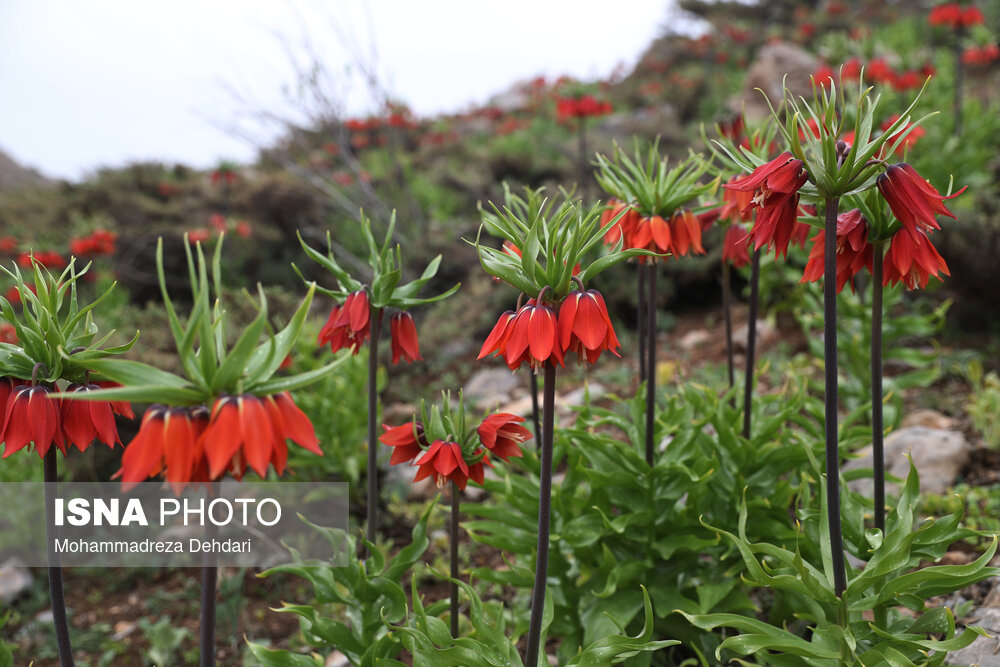 Fritillaria, more commonly called snake’s head or leper’s lily, is one of the most unique plants local to Iranian mountains. A genus of spring flowering herbaceous bulbous perennial plants in the lily family, it is bell-shaped and bends downward, hence its name in Persian Laleh Vazhgoon (upside down tulip).

It is native to the temperate regions of the Northern Hemisphere, from the Mediterranean and North Africa through Eurasia and Southwest Asia to western North America.

It is an endangered plant, yet, many of its 60 variants can be found in Iran, although their lifespan is naturally short.

The Barm Firouz snake’s head plain in Sepidan County of Iran’s southern province of Fars abounds with the flower.

Every year in spring, when the flower grows in the plain, tourists frequent the area for its natural beauty.

According to the Iranian epic Shahnameh, a first snake’s head grew where the blood of Iranian hero Siavash dropped, after his throat was slashed by a foreign enemy.

Ferdowsi, the great Iranian epic poet who composed Shahnameh, says the flower could never hold its head high because it had been witness to Siavash’s unjust killing.

Here is a selection of photos from the Barm Firouz snake’s head plain. Enjoy!