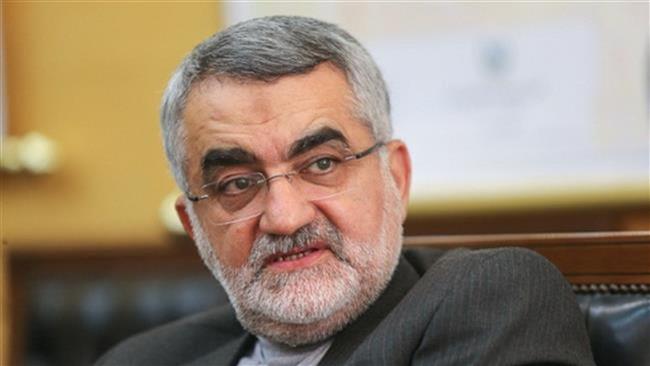 The National Security and Foreign Policy chief of Parliament censured the international community’s silence toward the deadly Saudi airstrikes against Yemen.

A senior Iranian lawmaker has called for a political solution in Yemen as the “only way” out of the current crisis as Saudi Arabia’s deadly airstrikes continue against the impoverished Arabian Peninsula country.

The Iranian official censured the international community’s silence toward the deadly Saudi airstrikes against Yemen, which started on March 26 – without a UN mandate – to restore power to Yemen’s fugitive former President Abd Rabbu Mansour Hadi, who is a close ally of Riyadh.

Approximately 2,000 people have been killed as a result of the conflict in the Arab country since March 19, according to the World Health Organization (WHO).

“Like in Syria, the Islamic Republic believes the crisis in Yemen could only be resolved via a political solution,” Boroujerdi stated.

Touching upon the issue of terrorism in the Middle East, Boroujerdi added that all those who are committed to fighting terrorism and extremism in the world must work to contain the “ominous and dangerous phenomenon.”

Brok, for his part, stressed the necessity of collaboration in the international community to curb terrorism, saying, “All nations should take action to uproot this common and global hazard.”