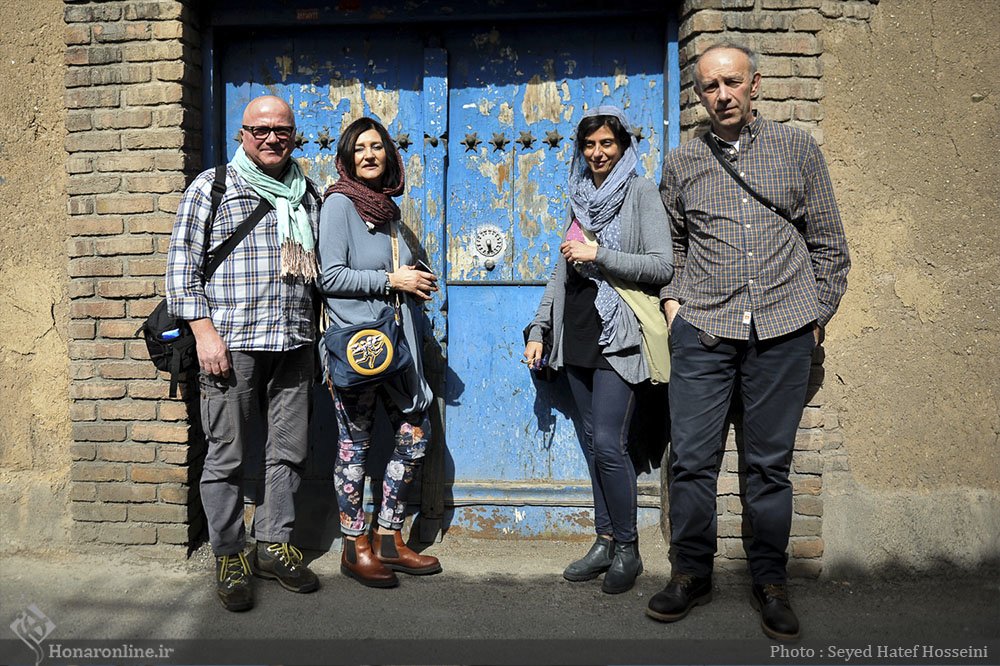 An Italian photographer, whose photos of nomadic lifestyle in Iran were recently put on a comparative display along with those taken from Italian nomads, has talked about how different and fascinating Iranian nomads are.

Mauro Vitale’s collection of photos entitled “People and Land of Wool”, which was put on display in Tehran from March 5 to 11, tried to narrate the differences in the lifestyle of nomads living in Iran and Italy.

The 60-year-old artist has photographed nomads of many countries, including Romania, India and Morocco, over the past 12 years.

In his photos, taken during four trips he made to Iran in recent years, Vitale shows the climate, culture and religion of the Iranian and Italian nomads.

The most interesting feature of the exhibit, which was held in Iranian Artists Forum in Tehran, was that the photos depict the similarities and differences between the nomads of the two nations.

Vitale was the head of a photo project for D’Abruzzo magazine for five years. He collaborates with magazines and publishers at the national level.

The following is the translation of Honar Online’s interview with Vitale and Paulo Richli, the man behind the idea of the exhibition. 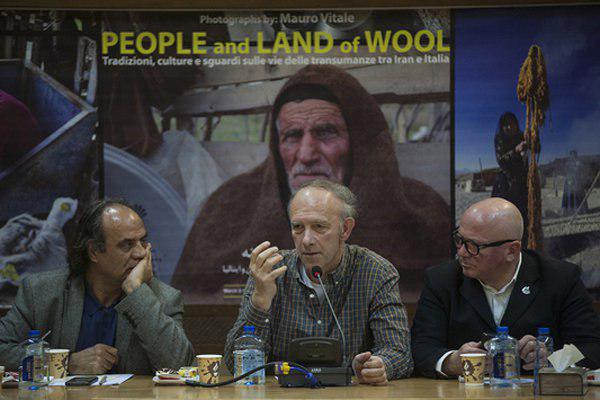 At the beginning, I would like to ask how you came up with the idea of having “People and Land of Wool” exhibition in the first place?

Mauro Vitale: I met Qashqai nomads of Firouzabad on my first trip to Iran. The idea of holding this exhibition came to my mind when I saw their lifestyle. Upon returning from Iran, I shared my idea with Paolo Richli, who comes up with ideas for the group and we usually seek each other’s opinions. We then decided to start a project that looks into the similarities in the lifestyle of nomads living in Italy and Iran.

Paulo Richli: The idea for holding such an exhibition came to my mind during my first trip to Iran in May 2015. I was in Iran along with a photographer and managing director. We visited people of Talesh. The trip took ten days. When I came back to Italy, I started putting more focus on the project, the result of which you can see today. It should be noted here that the project was not just a photo exhibition. When we put the shots on display in Italy, we also had some nomad tools and equipment on display as well.

As the Italian nomads have been settled for quite a long time, we decided to present their tools and equipment along with their photos at the Tehran exhibition as well. This would help the visitors to compare the lifestyles and cultures of these different nomads themselves. To help the visitors imagine themselves in the real lifestyles of the Iranian nomads, we created a path with the Qashqai carpets that led to a green area. 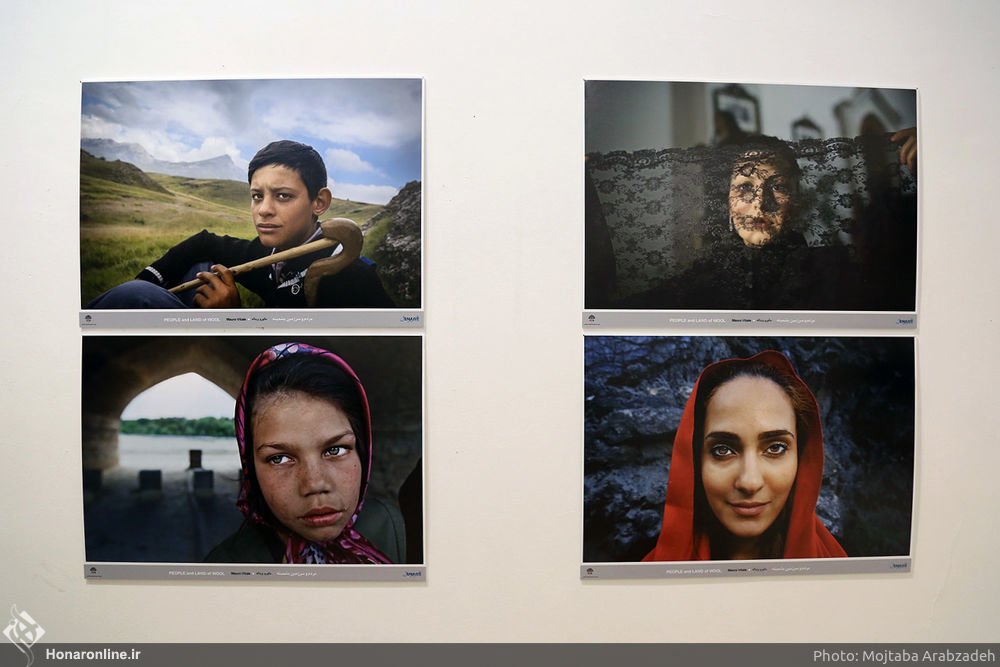 Nomads are part of Iran’s origins, but their traditions are on the wane. How did you find them? Could you relate with them easily?

Paulo Richli: The only problem in Iran for us, which I would like to underline, was the language barrier.

We could easily communicate with people through eyes, smiling or face reactions. This non-verbal communication was very important for us, but as you know, if you really want to know more about people’s lifestyles, you have to talk with them. This talking was the most difficult part for us. However, I can say for sure that Iranian people’s lifestyles were really fascinating to me. Iran’s nature, art, and its artists are all interesting, but what fascinated me most was the kindness which oozed out of the people’s body language and non-verbal communication.

Mauro Vitale: For me, the best part of the trip was the visit to Bushehr. 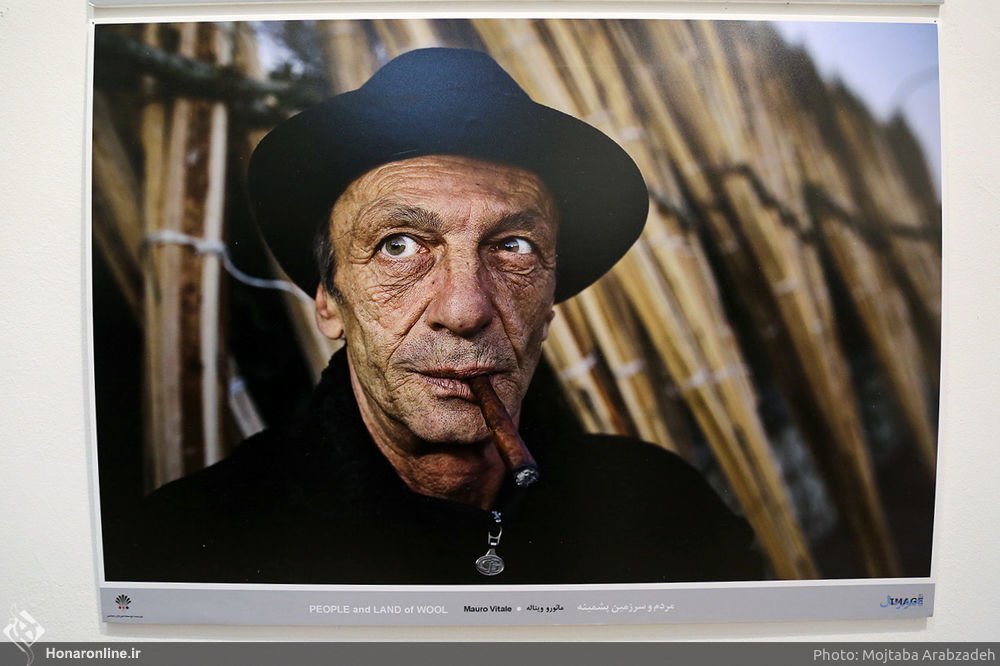 In Italy, the era of migrating is gone and people no longer move in search of new pasture. But, in Iran we see that the whole family of nomads migrate which is very fascinating.

What was the most attracting aspect of Iranian people’s lifestyle?

Mauro Vitale: Iranian people’s lifestyles are very different from those of people living in Europe. We tend to think that Iranians have a closed and frigid mentality, but in reality when you travel to Iran you see something totally different. Iranians’ open mentality is very interesting. We are constantly told in Europe that Iranians are dangerous. However, we you come here you see hospitality and kindness that run counter to that what you are told in Europe.

You have shot Iranian nomads for a long time. How could you fit their traditions and customs in your photos?

Mauro Vitale: Religion is an important aspect of the Iranians’ lifestyles which can be clearly seen. Shepherds and nomads living in mountainous highlands have a social life which was really interesting to me.

Paulo Richli: In Italy, the era of migrating is gone and people no longer move in search of new pasture. In the past, only men in Italy would migrate with women waiting for their husbands to come back. This means that there was no family or social migration. But, in Iran we see that the whole family of nomads migrate which is very fascinating to me.

At the end, I would like each of you to describe Iran in one sentence.

Mauro Vitale: In my opinion Iranians are very friendly and kind.