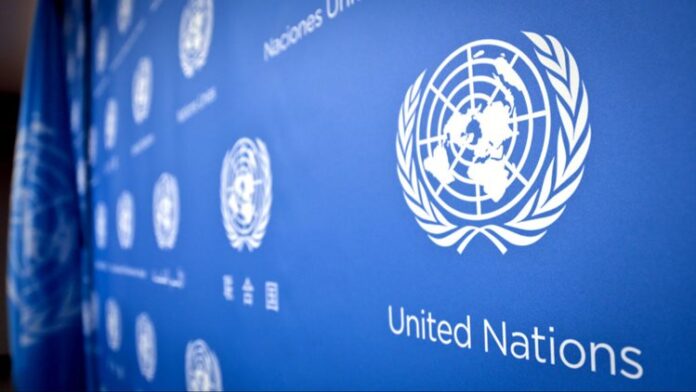 More than 320 Iranian non-governmental organizations (NGOs) have called on the UN secretary general to stop inhumane US sanctions on Iran.

In a letter to Antonio Guterres, the institutions called on him to discharge his responsibilities with regards to Iranian people, especially at a time when the deadly coronavirus has gripped the country, and stop Washington’s sanctions.

The signatories to the letter have called on Interior Minister Abdoreza Rahmani Fazli to follow up on the Iranian NGOs’ protest over foreign governments’ unilateral sanctions and restrictive policies against Iran.

The letter is signed by 325 NGOs from across the nation.

Copies of the letter have been sent to Foreign Minister Mohammad Javad Zarif, the President’s Chief of Staff Mahmoud Vaezi, Vice President for Social Communications and Government Spokesman Ali Rabiei, and Mohammad Baqer Olfat, the deputy Judiciary chief for social affairs and prevention of crimes.

the respected secretary general of the United Nations,

Entitlement to public health and sanitation is one of the fundamental and recognized rights in the international human rights system and is deeply enshrined in different international documents. The Universal Declaration of Human Rights regards health as part of standards of living, and it is stipulated in Clause 1 of Article 25 of the declaration that healthcare, along with food, clothing, housing and urgent social services, is among the minimum economic and social requirements of proper standards of living and welfare and health for everybody. Moreover, the International Covenant on Economic, Social and Cultural Rights (1996) deals with the right to health and says, “The States Parties to the present Covenant recognize the right of everyone to the enjoyment of the highest attainable standard of physical and mental health …, the prevention, treatment and control of epidemic, endemic, occupational and other diseases … and creation of conditions which would assure to all medical service and medical attention in the event of sickness.”

Article 24 of the Convention on the Rights of the Child also recognizes “the right of the child to the enjoyment of the highest attainable standard of health and to facilities for the treatment of illness and rehabilitation of health.” The article also says governments should take appropriate measures to “diminish infant and child mortality; ensure the provision of necessary medical assistance and health care to all children with emphasis on the development of primary health care; combat disease and malnutrition, … and ensure appropriate pre-natal and post-natal health care for mothers.”

It has been years that Iranian people have been under the sanctions of the US government, and since Donald Trump took over as the US president, these unilateral sanctions have been extended in violation of international commitments, so much so that the sanctions have no other meaning than economic war and blockade against Iranian people. The United Nations has, so far, failed to fulfill its legal duties with regards to making the US government comply with human rights regulations.

The outbreak of the coronavirus in Iran along with the perpetuation of these inhumane sanctions is claiming the lives of many Iranians every day. Doctors, nurses and health experts are losing their lives on duty because of a shortage of medical and health equipment.

The lives of millions of Iranians are in danger. Iran needs financial resources to buy medical equipment and protective gear for its 80 million population. Iranian NGOs and the Iranian civil society, which are signatories to this letter, are requesting that you use your capacity as Secretary General and follow up on efforts to get the United States’ inhumane sanctions on Iranian people lifted and stop this crime against humanity.