“Iranian Missiles Send Specific Message to US, Its Regional Allies” 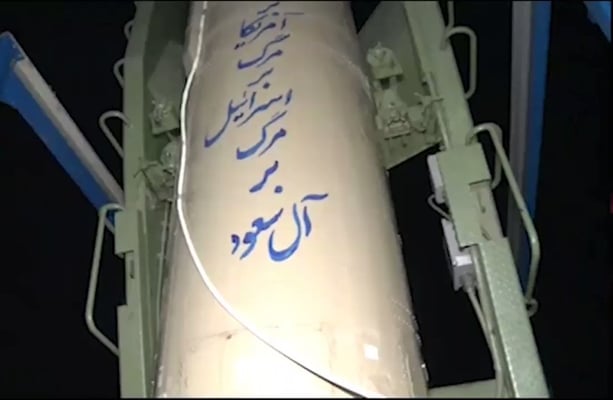 Iran says the slogans against the US, Israel and Saudi Arabia written on a missile that hit terrorists’ positions in Syria on Monday were aimed at highlighting the destructive role played by these sponsors of terror in creating instability in the region.

Mohammad Saleh Jokar, a deputy head of the Islamic Revolution Guards Corps (IRGC) in parliamentary affairs, referred to recent missile attacks by the IRGC on the terrorists’ positions in Syria, saying the attacks conveyed a direct warning to the terrorists against getting involved in any conflict with the Islamic Republic.

“Today, most of the instability in the West Asia is created by Takfiri groups and ISIS which are directly sponsored by the US. It is no secret that the US and its allies are sponsoring regional terrorism. The US, Israel and Saudi Arabia are the main sources of instability and chaos in Iraq and Syria,” he said.

He quoted US President Donald Trump’s statements during his presidential campaign as saying that Washington spent 7 trillion dollars in West Asia and said it is clear that the US created terrorist groups to collapse the Islamic Revolution in the region by creating instability in Iraq and Syria.

“The US seeks to prolong the life of the Zionist regime but in reality what we see is that their policies have backfired. Today, the sponsors of terrorist cells in the region have reached a complete deadlock in their political and military projects and have no influence in the whole region,” he said.

The IRGC’s Monday attacks on ISIS positions in Syria’s Bukamal were in retaliation for a September attack on a military parade in southwestern city of Ahvaz which left dozens of people dead and many others injured. Jokar referred to the terrorist attack and said the terrorist cells are carrying out sporadic attacks to create chaos in Iran.

He warned that if the attacks keep going on, the Islamic Republic will definitely carry out more serious and heavier retaliatory attacks against the terrorists.

“The Monday missile attacks sent a direct message to the terrorist groups and their sponsors. If they want to pose a threat against our national security, we will give them a harsh punishment,” he said.

According to Jokar, the attacks also revealed the defensive power of the Iranian nation.

“It showed that we can target our enemies sitting far away from our geographical borders. We know which states are behind the terrorists. We closely monitor their movements. They had targeted our national security in the past but failed to achieve their goals due to the brave resistance of our forces as well as the prudent policies adopted by our leadership.”

He said though ISIS has been eradicated in Syria, its ideology is still at work in the country.

“ISIS failed in its attempt to create a new state in the region but there are still a number of sporadic groups particularly in Syria’s Idlib which are still protected by the US and its regional allies to contribute to regional instability.