Iranian Minister Raps US Sanctions as Crime against Humanity 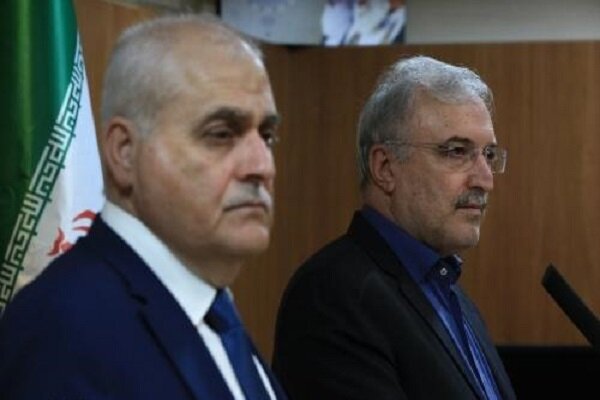 Iran’s minister of health has denounced the US sanctions against the Iranian people as a crime against humanity, saying a new plan for the production of all types of medicine inside the country is going to obviate the need for pharmaceutical imports.

Speaking at a joint press conference with his Lebanese counterpart Jamil Jabak in Tehran on Monday, Iranian Health Minister Saeed Namaki said the US sanctions on the medicine for Iranian patients and the heavy pressures on Iran’s health sector amount to crimes against humanity.

The minister noted that, however, 97 percent of the medicines for the local market are produced inside the country, and only supplying the other three percent has been hampered by the sanctions.

Namaki then unveiled plans to make Iran fully self-sufficient in the pharmaceutical industry in the coming years, saying the knowledge-based companies and the young local scientists are going to collaborate on the project to cut the medicine import.

The health minister further voiced Iran’s readiness to supply Lebanon’s demand for medicine and help the Arab country improve its infrastructures in the health and pharmaceutical industry by transferring new technologies.

Namaki also proposed the idea of establishing a joint pharmaceutical factory in Lebanon and turning it into a regional hub for the export of Iranian medicine.

“We would never consider Lebanon as a trade market, rather, we are ready to develop that country’s infrastructures in the health sector,” the Iranian minister underlined.

For his part, the Lebanese health minister decried the “cruel sanctions” against Iran, stressing that Beirut sees no limits to cooperation with Tehran.

Jabak also said an escalation of sanctions on Iran that would deny Iranian people’s access to medicine and food will be a crime against humanity and face widespread international opposition.

At the conclusion of the conference, the Iranian health minister formally invited his Lebanese counterpart to attend the 66th session of the WHO Regional Committee for the Eastern Mediterranean in Tehran, slated for October 14-17.

The two ministers have also signed a comprehensive cooperation agreement between Iran and Lebanon on the pharmaceutical and medical equipment industries, health, medical education and research, and health promotion.