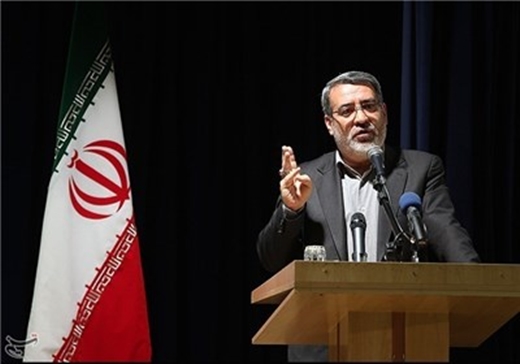 Rahmani Fazli said that if the international bodies and other countries cooperate with Iran, the campaign against illicit drugs will definitely reach its objectives.

Iranian Interior Minister Abdolreza Rahmani Fazli expressed regret that the international cooperation with the Islamic Republic in the war against illicit drugs has remained at its minimal level.

Speaking at a ceremony marking the International Day against Drug Abuse and Illicit Trafficking on Saturday, Rahmani Fazli pointed to Iran’s proximity to Afghanistan, which produces 80 percent of the world’s traditional narcotics, and said being a neighbor to the country is one of the root causes of the spread of illicit drugs in Iran.

“Unfortunately, (international) cooperation with Iran in the fight against narcotics is at the lowest,” the interior minister said.

He further emphasized that if the international bodies and other countries cooperate with Iran, the campaign against illicit drugs will definitely reach its objectives.

In recent decades, Iran has been hit by drug trafficking, mainly because of its 936-km long border with Afghanistan, in which more than 90% of the world’s opium is produced.