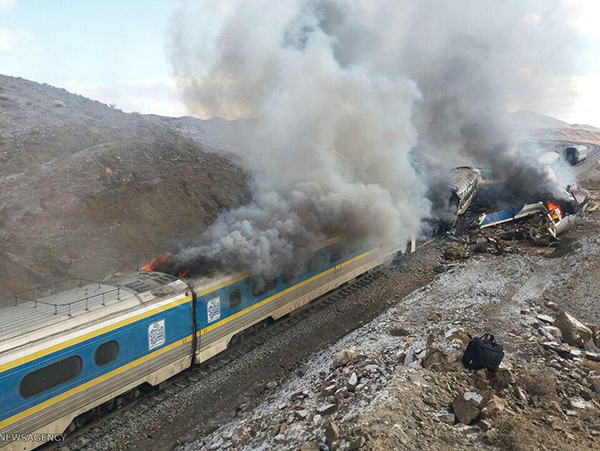 70 members of Iran’s Parliament have called for the impeachment of Transport Minister over the recent train collision, which killed at least 45.

“The motion to impeach Transport Minister Mahmoud Akhoundi has been signed by 70 ministers and presented to the Parliament’s presiding board,” Nader Qazipour, an Iranian lawmaker, noted on Sunday.

According to a report by the Parliament’s Persian news website ICANA, Qazizadeh went on to say that people expect lawmakers to pursue the deaths of their beloved ones.

Meanwhile, Press TV quoted an Iranian official as saying that an operator in charge of the Centralized Traffic Control (CTC) of Shahroud railway station was responsible for the fatal collision between two passenger trains in Iran’s north-central province of Semnan.

The head of a committee investigating the train crash, Akbar Torkan, told reporters on Saturday that a train moving from the northwestern city of Tabriz to the northeastern city of Mashhad had already stopped over its brakes failure.

The deadly incident occurred when the CTC operator allowed a second train, also en route to Mashhad, to depart in the same direction, he added.

Torkan, who was assigned by Iran’s First Vice President Es’haq Jahangiri to investigate the deadly train collision, emphasized that it was not an intentional fault but that a human error in practice of profession led to the disaster.

On November 25, at least 45 people lost their lives and 103 others were injured in the deadly collision of two passenger trains in Semnan.