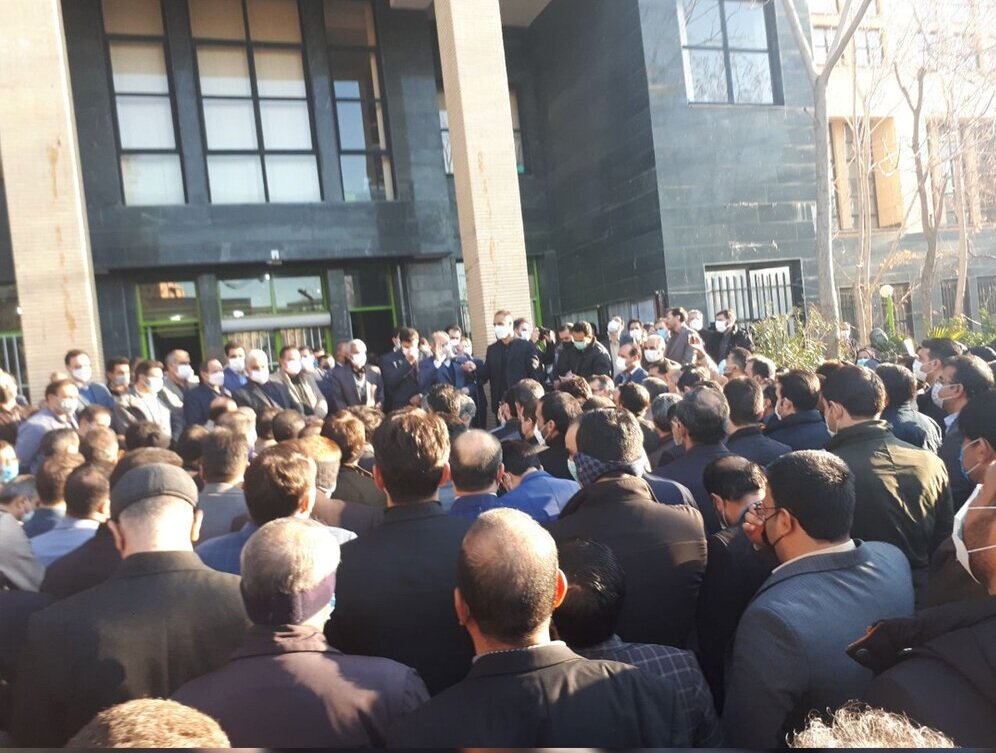 A group of Iranian Judiciary employees have held a rally in front of the Parliament building in Tehran to demand better working conditions and higher salaries.

This is the second day they are gathering outside Parliament to push for their demands. On Sunday, the demonstrators once again shouted chants, calling for the implementation of a “special package for the judiciary staff.”

This is while, on Saturday, following the gathering of judicial staff in some cities, the first deputy of the Judiciary, expressed regret over the non-approval of the special package for the employees, saying efforts are underway by the Judiciary chief to make up for staff living problems this year.

Members of the Iranian Parliament on Wednesday, January 5, opposed the package involving better working conditions for the Judiciary staff. The MPs on Sunday approved proposed generalities of budget bill for the next Iranian year.