In the meeting, Zarif referred to 70 years of friendly relations between Iran and Indonesia, and praised Jakarta’s principled stances at the UN Security Council in defence of maintaining the JCPOA and implementing the Security Council Resolution 2231.

Expressing pleasure with the growing level of trade ties between the two countries, Zarif referred to the huge capacity for bilateral business relations, and highlighted the necessity of expediting the finalisation of a preferential trade agreement between the two countries.
He also expressed the Iranian side’s preparedness for continuation of negotiations in this regard.

The Indonesian foreign minister, in turn, praised the friendly trend of growing relations between the two countries especially in the economic field, and expressed hope that the two countries would facilitate their business relations using the Iran-Indonesia Joint Business Commission as well as the agreements being negotiated.

Supporting the international law as well as exchanging views on the latest developments in the Afghanistan peace process were among other issues discussed in the meeting. 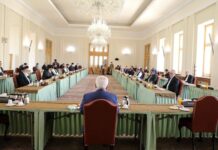