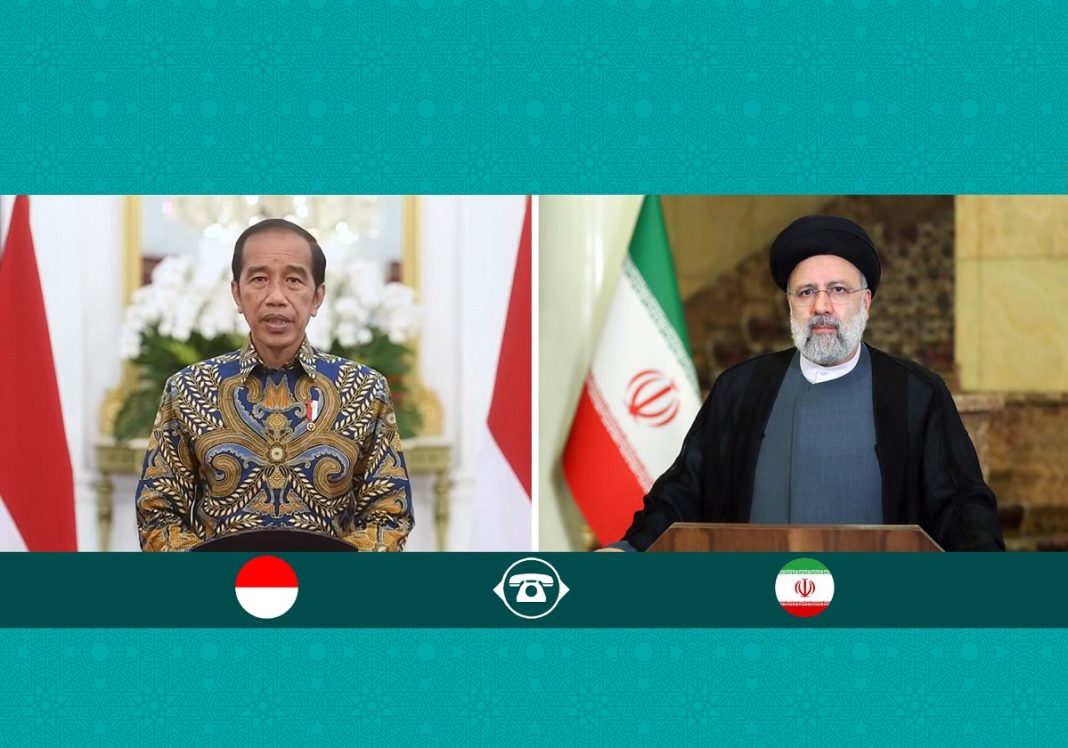 The presidents of Iran and Indonesia have underlined the need to expand bilateral ties between Tehran and Jakarta in all fields. Iranian President Ebrahim Raisi and his Indonesian counterpart Joko Widodo were speaking over the phone.

During the telephone conversation, Raisi congratulated Widodo on Edi al-Fitr, marking the end of the fasting month of Ramadan, and expressed hope that the government and people of Indonesia and the entire world will be in peace under the auspices of this blessed occasion.

Raisi then referred to the diverse potentials for expanding ties between Iran and Indonesia.

He said with their joints efforts, Tehran and Jakarta can expand their ties in all spheres.

He added that the Islamic Republic of Iran is seeking to deepen its ties with other nations and in this regard, gives priority to friendly countries in the region and beyond.

The Iranian president also said all Muslim nations should join hands and stand united in defense of the struggle of the Palestinian people.

The Indonesia president for his part congratulated his Iranian counterpart and the people of Iran on Eid al-Fitr.

He then underlined Indonesia’s interest in expanding cooperation in all spheres with the Islamic Republic, especially in the fields of energy and healthcare.

He added that Tehran and Jakarta are nearly on the same page regarding regional and international issues and they both support the cause of the Palestinian people.