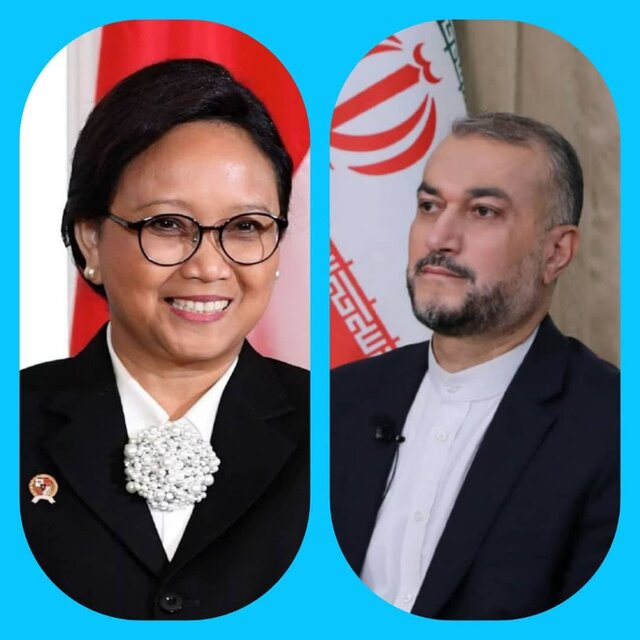 The Iranian foreign minister says the International Community must assume its responsibility to attend to the Afghan refugees.

Iran’s Foreign Minister Hossein Amir Abdollahian has held a telephone conversation with his Indonesian counterpart Ms. Retno Marsudi over the latest developments in Tehran-Jakarta ties as well as regional and international issues of mutual interest including the situation in Afghanistan.

Amir Abdollahian referred to the current situation in Afghanistan and Iran’s active diplomacy in this regard. Amir Abdollahian condemned the recent targeted terrorist bomb blasts in Afghanistan. He underlined the Taliban’s responsibility in providing security for Afghan ethnic groups and followers of various Islamic sects, and underscored the significance of the formation of an inclusive government in Afghanistan.

Also referring to agreements Iran and Indonesia reached in New York during his recent meeting with the Indonesian foreign minister, he said Tehran is making an effort to expand and strengthen relations with Jakarta.

In this Telephone call, Ms. Retno Marsudi also emphasized the need for respecting human rights and the rights of women and described looking after Afghan refugees as a human duty which calls for international attention.

The top Indonesian diplomat also invited his Iranian counterpart to visit Jakarta. She welcomed the idea of deepening all-out ties between Iran and Indonesia, saying the Indonesia government has issued necessary instructions to state organizations in this regard so that defined bilateral projects are finalized and put into practice at a proper pace.