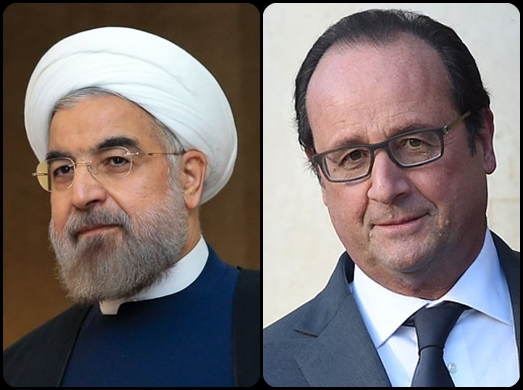 Creation of a world against violence and extremism came up for discussion in a phone conversation between the Iranian and French presidents.

In a phone conversation Tuesday, President Rouhani and his French counterpart Francois Hollande called for counter-terrorism efforts and the fight against terrorism.

According to President Rouhani’s Twitter account, the two sides called for creation of a world against violence and extremism.

He said he strongly condemned the incident on behalf of the Iranian nation who itself is the victim of the evil phenomenon of terrorism.

The president stressed the need for global efforts to fight all terrorist groups.

A string of coordinated attacks in and around Paris left at least 129 people dead and some 200 others injured; a state of emergency has been declared in the European country shaken by the horrific attacks.