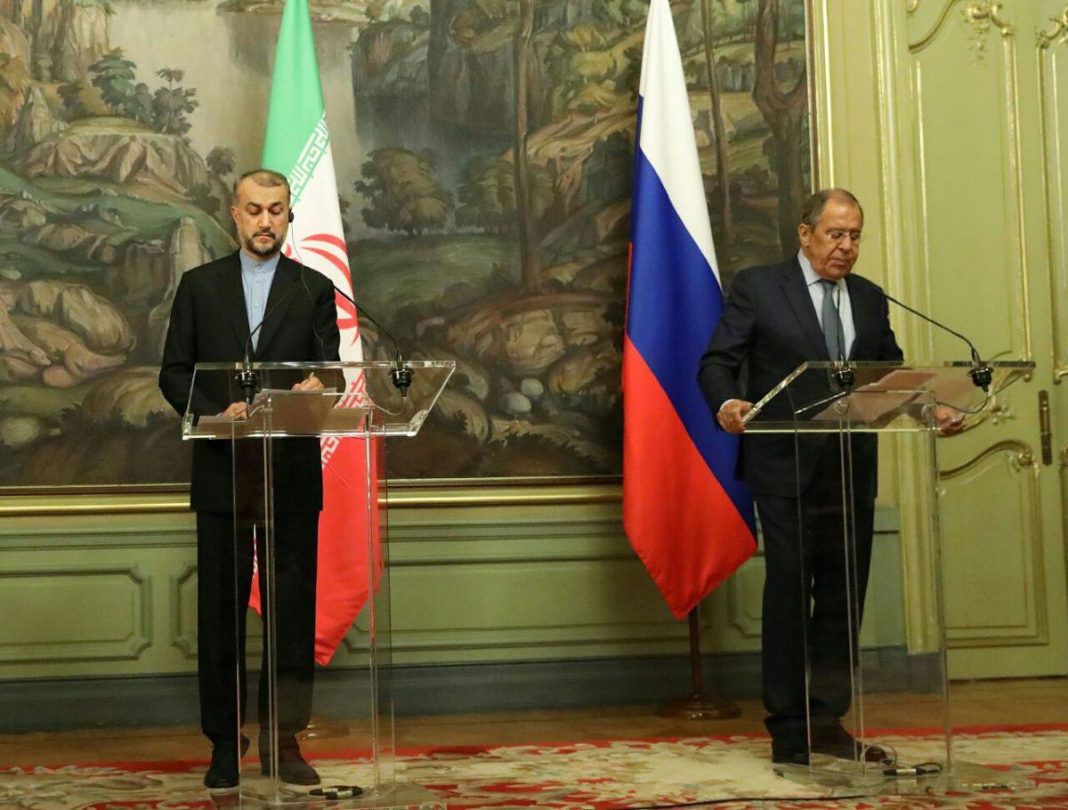 Speaking at a news conference with his Russian counterpart in Moscow, Amirabdollahian stressed that Iran seeks a stronger draft with regard to guarantees and is exploring how the parties to the Vienna talks can come up with a more robust text in this respect.

He added that if the US acts realistically and agrees to strengthen the current draft, a deal will be at hand.

He also said that Iranian negotiators held talks for months in Vienna and their goal was to reach a good, robust and lasting agreement.

Amirabdollahian said Iran also cares about the UN atomic agency’s safeguards issue, adding the IAEA must distance itself from political behavior and focus on its technical task.

He noted that once the JCPOA gets revived, Iran will not accept politically-motivated statements and baseless accusations from the agency.

The top Iranian diplomat also said he has conveyed a European leader message to Russia regarding the Ukraine conflict.

Amirabdollahian said he discussed the humanitarian issues in Ukraine, Afghanistan, Yemen and Iraq, as well as issues of mutual interest with his Russian counterpart, Sergei Lavrov.

The Iranian foreign minister said economic and military relations were discussed at the meeting too.

Lavrov for his part said that Russia supports the revival of the JCPOA and the removal of all anti-Iran sanctions.

He added that Russia’s stance is similar to Iran on many issues and both countries oppose the Western governments’ push to impose their stance on others regarding regional and international issues.

The Russian foreign minister said Tehran and Moscow are working on a long-term economic partnership document.

He said the relationship between Iran and Russia is on track to become strategic and it’s likely the two sides work out an economic roadmap.

Lavrov added that Tehran and Moscow are trying to reach a deal to create a free trade zone between Iran and the Eurasian economic union.