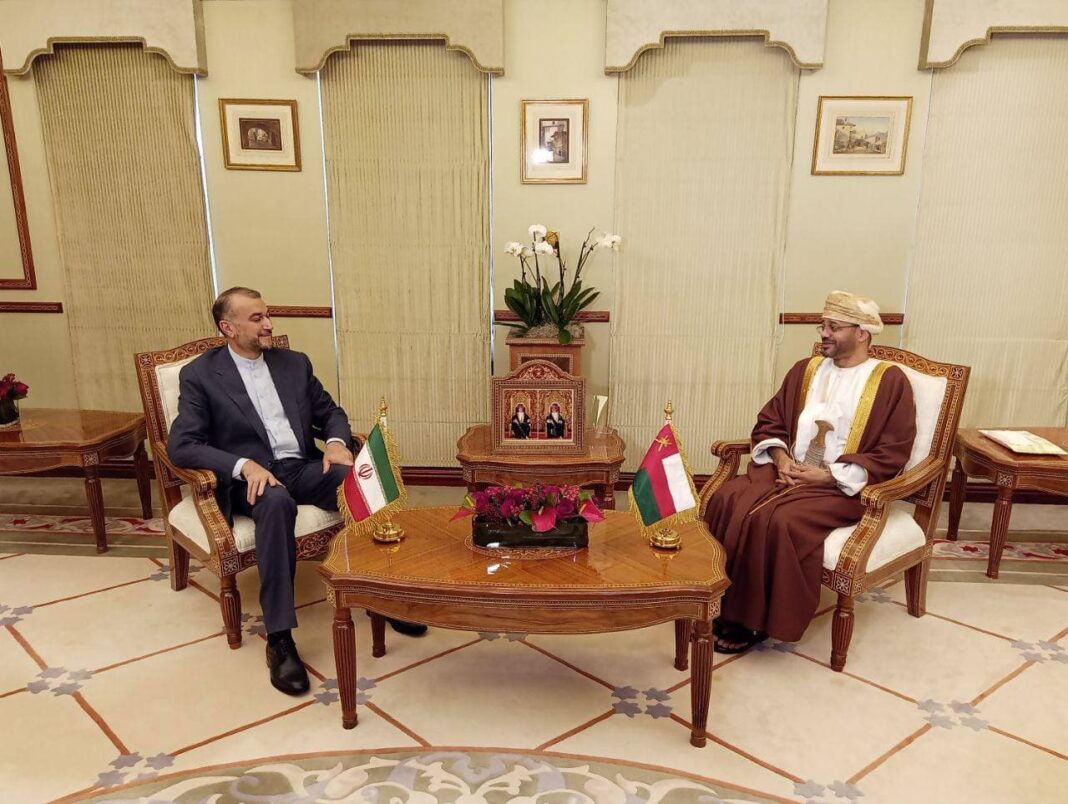 Amir Abdollahian was speaking at a meeting with Deputy Sultan of Oman Fahd bin Mahmoud Al Said in Muscat on Monday.

Elsewhere in his comments, the Iranian foreign minister spoke of the foreign policy of the 13th administration of the Islamic Republic. He said the administration of President Ebrahim Raisi thinks of boosting cooperation with regional countries as a top priority.

Amir Abdollahian also said ties with Muscat top the agenda of Iran when it comes to efforts to expand ties with neighbors.

He also spoke about the latest developments in the ongoing talks between Iran and the P4+1 group of countries in Vienna. Addressing the P4+1, he called for practical and constructive initiatives to revive the Iran nuclear deal, JCPOA.

Amir Abdollahian added that Iran is resolved to reach a “good agreement” with the other signatories to the JCPOA, if the other sides show goodwill and seriousness. Amri Abdollahian also held talks with his Omani counterpart Sayyid Badr Al-Busaidi. He expressed pleasure with the growing trend of ties between Iran and Oman.

He said the Tehran-Muscat ties are deep-rooted and praised the Omani government’s stance toward regional issues.

Also on Monday, the Iranian foreign minister met with the chief negotiator of Yemen’s National Salvation Government Mohammad Abdul Salam in Muscat.
Amir Abdollahian expressed regret over the continuation of the war in Yemen and called for an end to the Saudi- led onslaught and siege of the country.

The Iranian foreign minister underlined that the crisis in Yemen can only be resolved through dialog between Yemeni factions.

Mohammad Abdul Salam for his part thanked the Islamic Republic for its support of the Yemeni people.