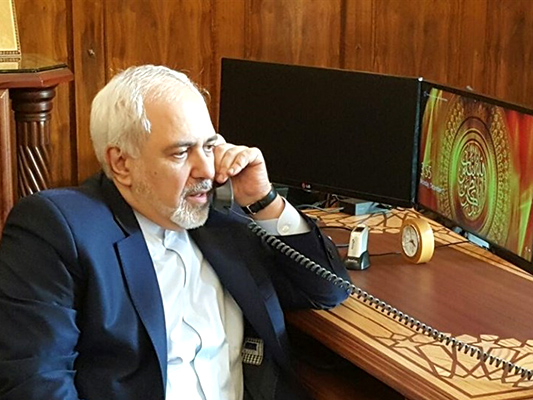 Iran’s Foreign Minister Mohammad Javad Zarif conferred with many of his Asian and African counterparts on the ongoing rift between Doha and a number of Arab countries.

In separate phone conversations with world diplomats on Monday, the Iranian foreign minister talked about the worsening diplomatic row between Qatar and some of its regional neighbours.

The talks came after Saudi Arabia, the United Arab Emirates, Egypt, Bahrain and the Maldives and a number of others cut off diplomatic ties with the Doha government, saying they will suspend air, sea and land transport with Qatar.

The Saudi kingdom made the announcement early on Monday, saying it was taking action for what it called the protection of national security.

Riyadh has accused Qatar of “harboring a multitude of terrorist and sectarian groups that aim to create instability in the region”.

Qatar said there is “no legitimate justification” for cutting diplomatic ties, according to Tasnim.

“For us, the strategic choice of the state of Qatar is to solve any dispute through dialogue,” Qatari Foreign Minister Sheikh Mohammed Bin Abdulrahman Al Thani said.