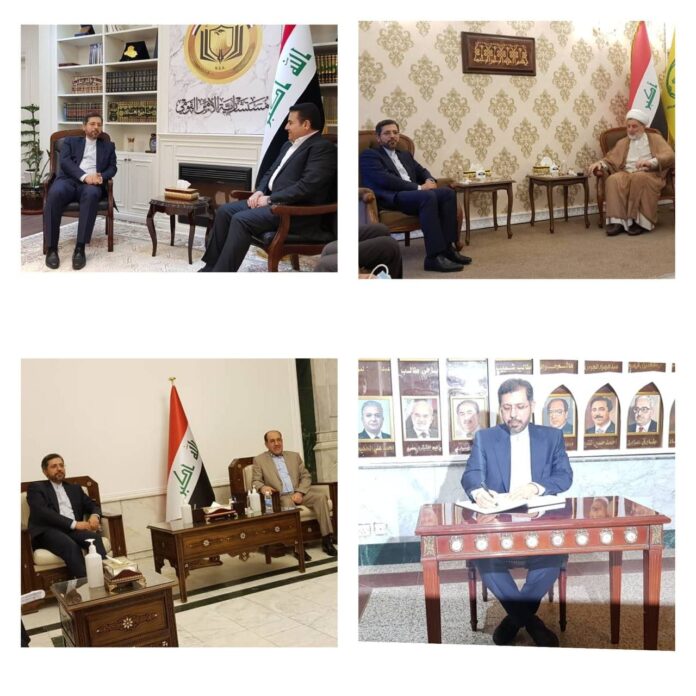 Saeed Khatibzadeh, the spokesman and head of the Public Diplomacy Centre of the Iranian Foreign Ministry, held talks with Iraqi authorities after being welcomed by his Iraqi counterpart Ahmed Al-Sahhaf in the capital, Baghdad.

The Iranian official also visited Al-Tamayyuz strategic institute as well as Al-Nahrain Centre for Strategic Studies, where he delivered a speech and answered questions raised by Iraqi researchers and scholars about the latest regional developments as well as Tehran-Baghdad ties.

Among the topics discussed in the meetings were all-out support for Iraq and the need for legal and democratic processes to move forward in accordance with the Iraqi people’s will, Iraq’s parliamentary elections, areas of boosting all-out relations, areas of bilateral cultural and media cooperation, and Iran’s policies vis-à-vis Iraq which are based on the notion of having a strong, free, developed, united and independent Iraq.