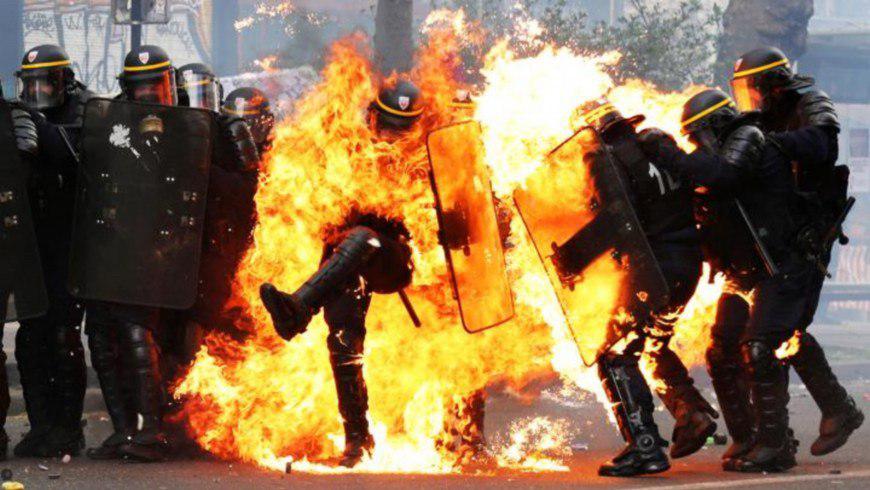 Two Iranian media crew covering anti-government protests in Paris have been heavily injured by the police and taken to hospital.

Shahsavar Hosseini, the correspondent of the Iranian state radio and TV in the French capital, passed out after inhaling tear gas during demonstrations.

A cameraman of the Iranian TV crew was also wounded after being hit in the head by a rubber bullet and rushed to hospital. He is reportedly in a coma now.

This comes as French police are not allowing reporters to film the two wounded Iranian journalists currently under treatment in hospital.

The Iranian media crew were covering the demonstrations by anti-government protesters in Paris when the two were wounded as police clashed with protesters.