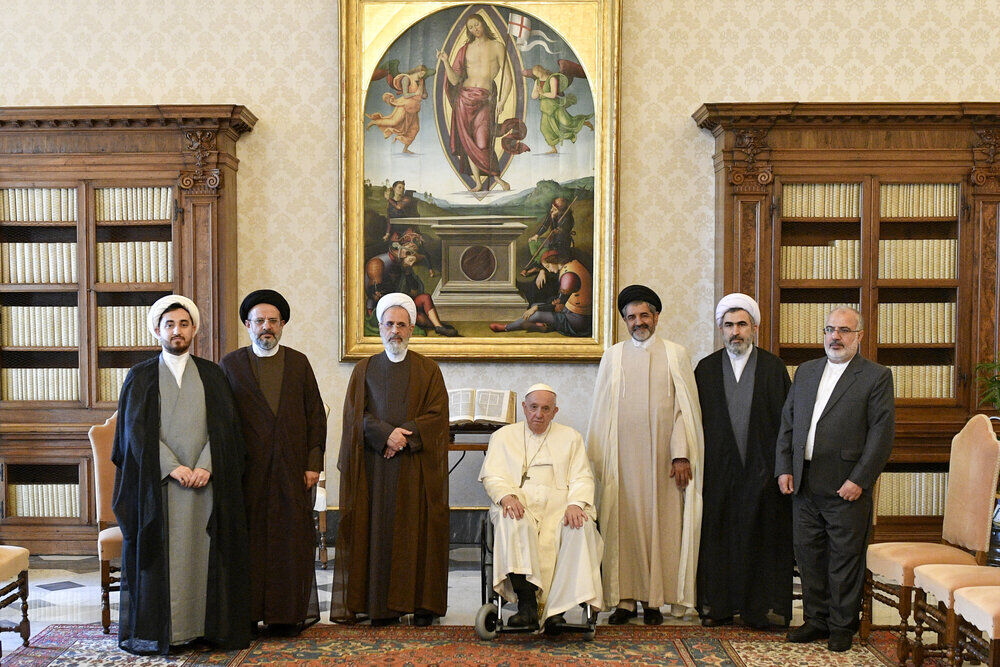 A senior Iranian cleric has relayed a message from Leader of the Islamic Revolution Ayatollah Seyyed Ali Khamenei to Pope Francis, the head of the Roman Catholic Church, praising the pontiff for his efforts to support the oppressed nations and bring Islam and Christianity closer.

On Tuesday, heading a delegation of religious scholars, Ayatollah Alireza A’arafi, who heads Iran’s Islamic seminaries, visited the Holy See in the Vatican City and held talks with Pope Francis, in a meeting that was widely covered by world’s media.

During the meeting, he conveyed Ayatollah Khamenei’s greetings to Pope Francis and said Iran’s Leader praised the pontiff’s background, his ties with Latin America, and his stance on boosting the relationship between Islam and Christianity and supporting the oppressed.

“We expect you to keep making efforts to defend the world’s oppressed people, especially in Palestine and Yemen, and adopt transparent positions” in the regard, he cited Ayatollah Khamenei as telling the pontiff in the oral message.

Iran’s Leader, Ayatollah A’arafi added, seeks a resolution of the conflict in Palestine through elections joined by original inhabitants of the land, including the followers of all religions, who are eligible to decide the future system of government there.

In response, Pope Francis sent his own greetings to Ayatollah Khamenei of Iran and said he “agreed” with the Leader.